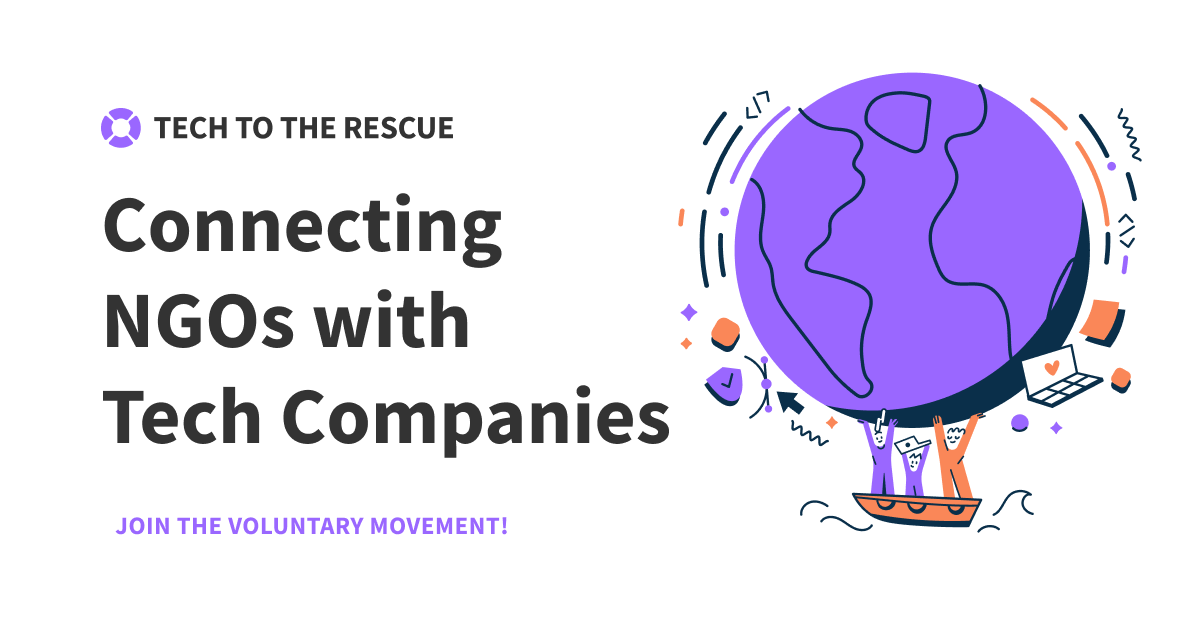 TTTR will use the funds raised over the next three years of operation. For 2022. Tech To The Rescue plans to expand globally and seek world-class experts to join the Foundation’s Board to help grow the venture. Also for next year, 240 more projects are scheduled to be initiated.

Over the course of 1.5 years, the organization brought together businesses and NGOs in 50 projects. In 90% of cases, NGOs received the necessary IT support from businesses willing to help pro bono.

How was the project created?

After the outbreak of the pandemic, over 140 companies decided to join forces and change the status quo in the IT sector. 75% of them pledged to donate between 10 and 100 hours of work per week to help non-profits, resulting in an impressive total of around 23,000h per month for charitable building of technology solutions.

Seeing the impact they were having on people’s lives, the organizers decided to scale the initiative further in July 2020. New partners joined, including Ashoka – one of the institutions that supports entrepreneurs around the world.

As of December 2021, the Tech To The Rescue community includes more than 250 IT companies and more than 300 nonprofits, operating in more than 12 countries around the world, who have committed to using technology to increase their potential impact. To date, the community has delivered more than 50 pro-bono collaborative projects on real-world problems that can improve the lives of millions of people.

“Building good technology is no longer enough. Building technology solutions for good is what can set globally conscious leaders apart from the rest and build the foundation for a sustainable economy that is not just about making money.” – Tech To The Rescue’s announcement reads.