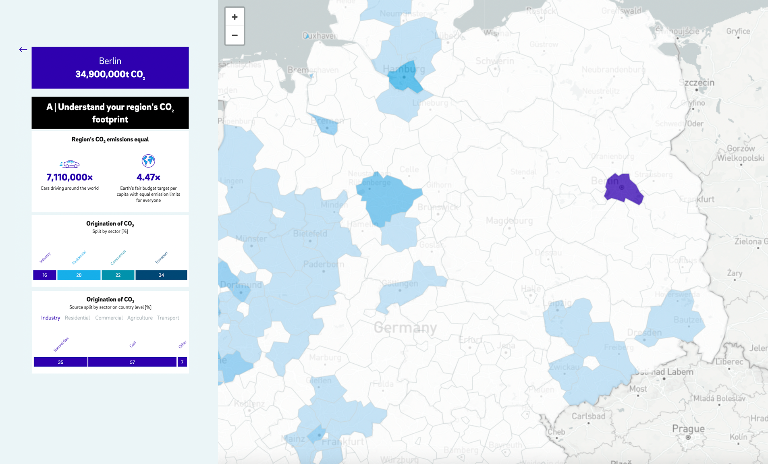 The EIT InnoEnergy will showcase a number of future-proof solutions, already on the market or in the early stages ofdevelopments to meet the EU’s climate and carbon neutrality targets.

There is no question that action is needed in energy across the continent. The targets are already there. The European Union wants to achieve carbon neutrality by 2050 and, in parallel, to have a minimum level of energy consumption by 2030.emissions by at least 55% by 2030 compared to the 1990 reference level. To meet these targets, the EU’s “Fit for 55” climate package was presented this summer, which included a provision to reduce emissions byThis included raising the share of renewable energy sources in electricity generation to 40 per cent by the end of the decade from the current 32 per cent.

Sales of internal combustion cars would be essentially banned from 2035, with a target of 55 per cent by 2030emissions from passenger cars by 2030 compared to today’s levels. In the case of aviation, the use of sustainable fuels would be promoted, annual energy savings by Member States would be nearly doubled and the number of cars would be reduced by 20%.and introduce a carbon tax on a limited range of products imported into the EU based on their carbon footprint.

These are very serious commitments and will require input and effort from all stakeholders. At this year’s TBB, experts also expressed their views on these and agreed on the need for a common approach.They also agreed that four areas of carbon neutrality require rapid and effective progress on the continent.

The first, and perhaps most important, is the need to improve energy efficiency, which has now become particularly critical in the European Union.The first and foremost priority is energy efficiency, which has become particularly critical in the light of the energy security challenges currently facing both Austria and the EU, due to gas supply problems. With the right measures and innovations in this area, 42% of the decarbonisation targets could be met.

Secondly, electrification could be a breakthrough point, bringing decarbonisation of transport, for example, within reach. This includes innovations that support micromobility, such as the Hungarian-RussianDUCKT, a company planning to open up the Hungarian market, is one such example. It also fits perfectly with the 15-minute city concept, which envisages more liveable metropolises, and which aims to create an urban structure where people cans centre, creating mini-cities within the city and creating 15-minute distances between cities.from work to play in 15 minutes.

A third area where a shift towards carbon neutrality is needed is in the use of fossil fuels.fossil fuels, in particular natural gas, and a gradual transition away from fossil fuels. At present, biomethane and other green gas reserves are not sufficient to meet the continent’s energy needs in the main.Therefore, developments that would allow the use of hydrogen should be considered as soon as possible. However, these alternatives are no guarantee of self-sustainability either. We must continue to expect Europe to rely on energy imports, but the aim is now to meet these needs fully through the import of ‘green gas’.

The fourth area for improvement is to make interoperability between technologies smoother. integrating hybrid solutions to facilitate the integration of different sectors of the economy.(e.g. the Vehicle-to-Grid system, whereby the car could be used as a vehicle for the not only to draw power from the system but also to recharge it from its battery when needed.) and, at the same time, more productive while maintaining climate and carbon neutrality targets.

So this year’s TBB showcased many future-proof solutions, developments already on the market or in the early stages of development, and many of the most innovative and innovative solutions for the future.120 or so that offer hope for putting the European energy economy on a sustainable footing in the foreseeable future. InNow innovations growing under the wings of the Interreg Central Europe INNOW programme and co-funded by the EIT InnoEnergyand the Green Brother team, which is implementing the projects with theBerlin with the intention of launching as many Hungarian innovations as possible in the coming years, and as many as possible of the innovations we are seeing now.for a cleaner, more liveable, healthier climate in Hungary.