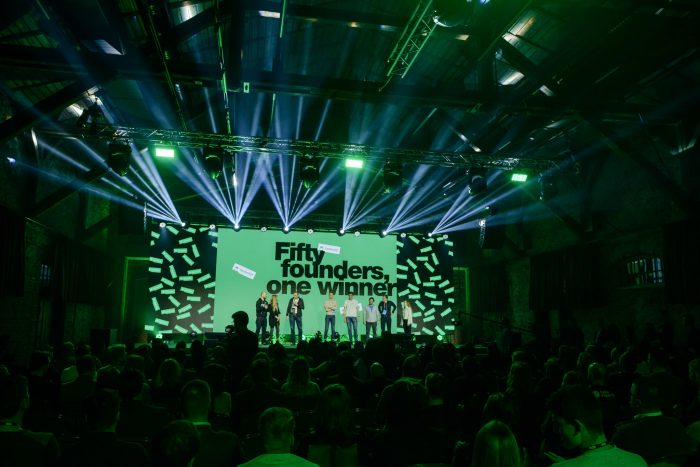 TechChill 2022, one of the largest technology events in the Baltics, will once again host the Fifty Founders Battle. It is open to all early-stage start-ups that have not previously received more than €250,000 in investment, regardless of their industry. The top 50 will take to the TechChill stage.

“This year, TechChill will take place on site in Riga, on the Hansa platform, from 27 to 29 April. The Fifty Founders Battle is open to early-stage start-ups from any country in the world. Last year, even though the competition was held online, startups from 30 countries applied!

This year, the competition will be for €10,000. To enter, you have until 18 March to answer 15 simple questions on the application form. They will then all be assessed by a strong team of venture capitalists, accelerators, business angels and other industry experts. The 50 startups that will go on to win the title and take the TechChill stage will be announced by 1 April.

TechChill 2022 will be the 11th edition of the startup competition. Despite the geographic diversity, Latvian and Estonian start-ups have been the most successful five and three times respectively. The 2020 winner, Estonian start-up Woola, produces packaging from biodegradable materials. “Woola has just raised a further €2.5 million to develop the company. Last year’s winner, Latvian start-up Longenesis, raised €1 million in investment a few months after winning TechChill.

“For our team, winning the TechChill startup competition brought two fundamental things. The first was the opportunity to validate our value proposition in front of a wide range of investors, industry players and simply ecosystem participants. The second is that we gained visibility, which was further useful both when talking to investors and potential customers,” says Sergejs Jakimovs, CEO of Longenesis, one year after the win.