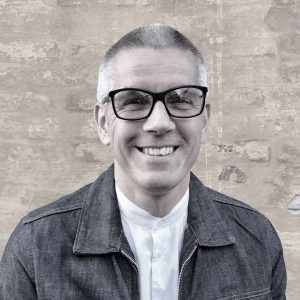 Wohn creates homes made from leftover materials and built by a 3D printer, making the houses not only cheaper but also more sustainable than buildings made of steel and concrete. But the 3D-printed homes will also contribute to a world with less social inequality.

It all started with an ambition to reduce social inequality. But how do you do that when you’re Morten Bove, CEO and founder of Wohn, a chemistry graduate who has worked primarily in sales, marketing and IT?

For Morten Bove, the answer was to start up a co-working space in Sorø called Stationen.Co, where creative minds meet, work and discuss ideas. The idea for Wohn was therefore born out of a conversation about the most basic human needs: food, drink, sleep and shelter. If you don’t have access to those necessities, your existence is threatened and you’re off the wagon, says Morten Bove.

“If you don’t have a place to live, it’s hard to take care of yourself and your children, and to do your job or education. In other words, the role of housing in redressing social inequality is essential. So it was interesting to look at how we can meet that need for as many people as possible,” says Morten Bove.

Wohn makes houses from leftover materials such as waste plastic and sawdust, built using a giant 3D printer. This makes the houses cheaper, but because Wohn can also avoid using carbon-heavy materials like steel and concrete, the company’s solution is also more climate-friendly.

“I didn’t know a thing about the construction industry. And maybe that’s why we ended up with a completely new concept. If I’m going to do affordable homes (affordable housing, red.), what resource streams are there that I can tap into? It was in this context that waste came up,” says Morten Bove.

According to Morten Bove, Wohn’s carbon footprint is 90 percent lower than buildings made from conventional building materials.

Homes as a service

In 2022, Wohn will start delivering the first homes, which will be used as student and holiday accommodation. In the long term, however, the plan is for Wohn’s houses to serve as Homes as a service. And no, it’s not just another term for renting, explains Morten Bove.

“I believe that the future of housing is not something you own, but something you buy access to. It also means that you can grow with your home so that it always fits your current needs,” says Morten Bove.

He explains that Wohn builds in modular constructions – each 20 square metre housing module can be combined with several modules to make the home bigger or smaller. But the service also lies in the fact that the modules can be moved around, unlike conventional buildings where the foundations are cast in concrete.

“Right now we are building on one level, but at some point we will also go into the cities and work on several levels – perhaps as early as 2024. There you would be able to do the same in terms of expanding your home with several modules – however, this requires that the neighbouring module is available when the need arises,” says Morten Bove.

Here too comes the idea of affordable homes comes into play. Because part of Wohn’s mission is also to democratise access to good housing.

“In many big cities, people with the same culture tend to move into the same neighbourhoods. Monocultures develop, and that’s both boring and unhealthy. We need to mix different income groups and cultures, because that’s what makes a city exciting,” says Morten Bove.

Wohn is currently run by founder Morten Bove and co-founder Matúš Uríček. While Bove largely handles the commercial and business development, Uríček is a trained engineer specialising in 3D printing, and brings the deep technical knowledge.

On paper, the two make a somewhat unwieldy pair. While Morten Bove is in his mid-50s, Matúš Uríček is in his late 20s and from Slovakia. But their different places in life are exactly what make them a strong match when it comes to creating impact products for the masses, Morten Bove believes.

That’s why the pair are on the same wavelength when it comes to their ambition to change the world in a more climate-friendly direction.

“I’ve found my niche in that I can’t just stand by and watch the rest of the world solve the biggest challenge we have right now: the climate crisis. We have one shot left in the box to solve the climate crisis. And I want to do my part to make sure we get there before it’s too late,” says Morten Bove.