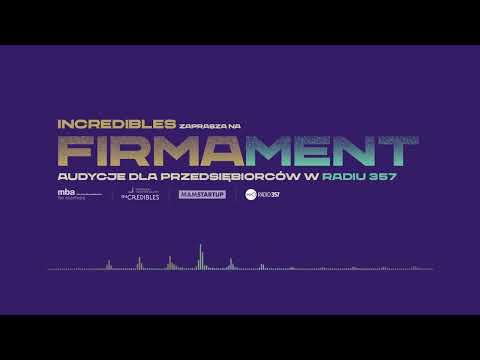 Guests of the last broadcast of Firmament program were, among others: Paweł Jakubik (Microsoft Poland) and Jacek Siadkowski (TechToTheRescue). The program was hosted by Jarosław Sroka, Board Member of Kulczyk Investments and InCredibles Program Coordinator.

No ESG actions = out of the market

– If companies do not incorporate socially responsible activities into the DNA of their products or services, they will not survive. The modern world does not do it, but in the future companies that do not start implementing ESG actions will be discriminated against – believes Paweł Jakubik, Director for Digital Transformation in the Cloud in Microsoft Poland.

In his opinion there is also a big difference between commonly known CSR and ESG. The first term refers only to corporate social responsibility. The second one is broader. It includes environmental, social and corporate governance elements. Thus, it more comprehensively covers issues for which business should take responsibility. Among other things, it talks about equality, greenhouse gas emissions, as well as education and support for those most in need.

Pressures from the marketplace

But should business really be responsible for all these aspects?

According to Rafał Mrówka from the Warsaw School of Economics, yes, although it is not obvious at first glance. Because if we ask, for instance, investors of a given company what matters in business – philanthropy or profits, they will answer without hesitation profits. After all, a company is a machine for making money. But a company does not operate in a vacuum. The environment matters.

– We are seeing increasing environmental pressure on business. The environment wants business to consider social and environmental issues. Customers are conditioning their purchasing decisions with ESG actions. Employees accept lower salaries when their employers are socially responsible – says Rafał Mrówka.

For this reason, he believes that there is no point in going against the tide. It is better to take into account the expectations of the market and reconcile different aspects of running a business, i.e. create companies, which on the one hand earn money, and on the other take into account the needs of customers, employees and business partners in terms of social responsibility.

How to start implementing ESG actions in your own company? Jacek Siadkowski from TechToTheRescue advises to first think about what kind of company you want to create. Then he suggests taking a piece of paper and a pen and writing down the current impact of the company on the environment and society. For now, this should only be a “rough draft”.

– Do I use products that affect greenhouse gas emissions? Do we store data in a way that is safe for the natural ecosystem? At this stage, the point is not to calculate the CO2 emissions per tonne, but to build awareness of how we affect the environment, and then ask ourselves: what can I do about it’, says Jacek Siadkowski.

Short version of the broadcast

You can listen to the broadcast via YouTube and platforms: Anchor.fm, Spotify, Radio Public, Google Podcasts.

InCredibles is a four-year mentoring program for startups initiated by Sebastian Kulczyk. During the first edition of InCredibles, 426 startups entered the competition. From among them, the jury selected five winners: Archdesk, Hotailors, Radionet, Tidio, UserEngage. In the second edition, which took place in 2018, 302 startups from the CEE region entered the competition. From among them, five winners were selected: Czech companies Avocade and Neuron Soundware and three Polish companies: Genomtec, Infermedica and Nuadu.

In 2019, InCredibles has changed its formula and increased its reach. In response to the companies’ suggestions, the organizers put more emphasis on mentoring and networking and instead of a separate competition for startups, the program took the form of support for companies selected in other competitions supported by Sebastian Kulczyk, including European Start-up Challenge, SingularityU Poland Global Impact Challenge. So far, 270 hours of workshops with mentors have been held as part of InCredibles.