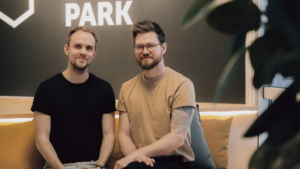 The investments are made with the aim of supporting the regional business community and contributing to sustainable growth throughout Dalarna.

Recently, DalaCapital decided to make further investments. The company behind the ShowDevote platform, a distribution channel for digital material with an integrated payment model for associations, private individuals and companies, has now received a financial injection. The new capital will be used to spread awareness of the service in a wider market.

– We are extremely pleased that DalaCapital has shown confidence in our digital platform and business. Through ShowDevote, we want to be an enabler for more people to be able to charge, and thus be able to make a living from income for material published online. We offer a platform that under controlled conditions gives the distributor both reach and revenue by reaching the target group the platform successfully targets, says Thomas Gilén, co-founder, AGNSY AB, which is behind the ShowDevote platform.

– ShowDevote is based on a business model that is exciting, creative and timely. By offering a platform that both distributes material and at the same time secures an income for the party that chooses to publish there, the company meets a market need that has previously been limited, says Kjell Grundström, Chairman of the Dalarna Savings Bank Foundation.

DalaCapital is owned by Dalarna Science Park and has been in existence for just under a year, and more than 40 applications have been received from entrepreneurs with newly formed companies in Dalarna. The investment in the digital platform ShowDevote, developed by the company AGNSY AB, is one of DalaCapital’s first investments.

– Competition for DalaCapital funding is strong, which is encouraging as it shows that entrepreneurship is strong in Dalarna. It is very positive that all of us who initiated DalaCapital are working towards the same goal – that the investment capital we offer to early stage companies will act as a strong force for the continued growth of the whole of Dalarna,” says Angelica Ekholm, chairman of DalaCapital and CEO of Dalarna Science Park.

By 2021, DalaCapital will have made at least three investments in early-stage companies.