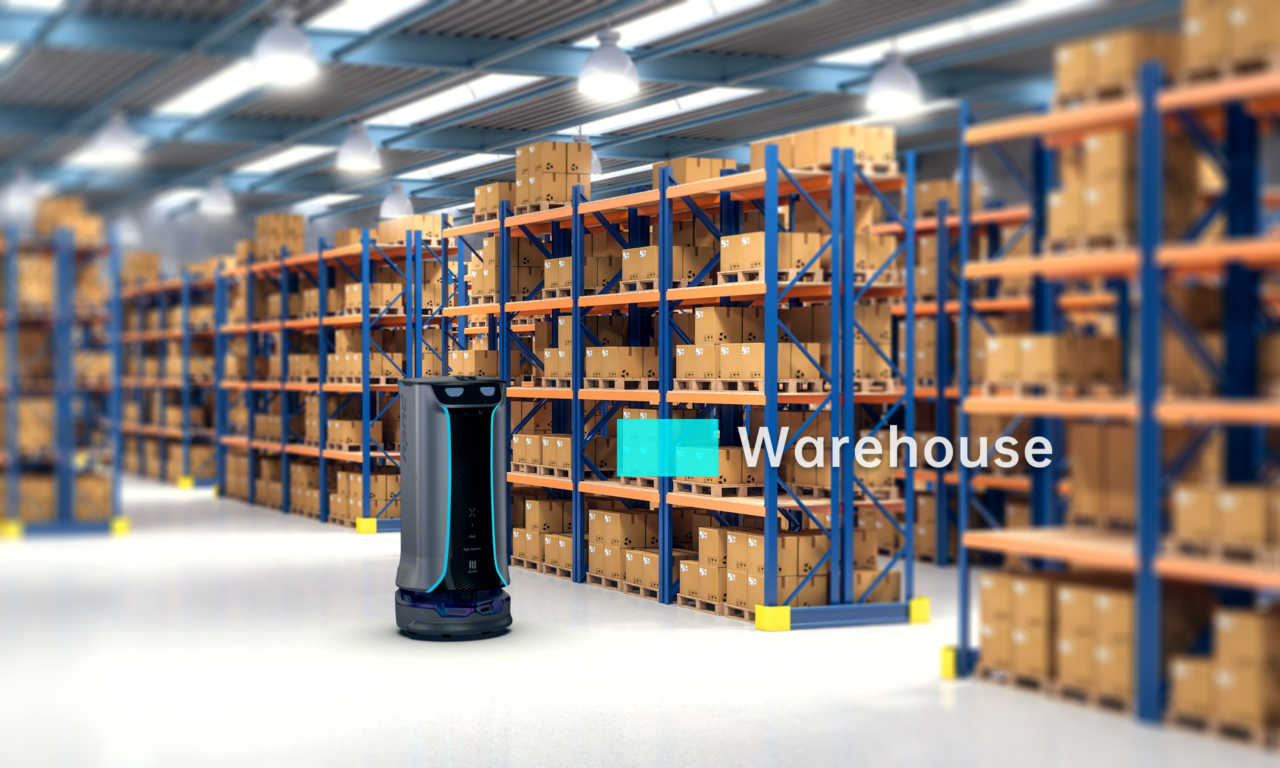 They move between guests, drive up to the table with a tray full of food and wish them tasty meals. This is how one can briefly describe the autonomous robots from PUDU Robots, which are meant to support waiters and restaurateurs in their daily work.

Until recently similar service robots were popular mainly in Asia and the United States, but as Mateusz Osuchowski from puduroboty.pl assured us, such machines will soon be seen more often in Poland as well. First of all, in restaurants, hotels, shopping malls and warehouses, i.e. wherever it is possible to relieve people from performing repetitive and monotonous tasks.

“Relieve” is the key word, by the way. Companies such as puduroboty.pl do not intend to take jobs away from people, as is often mentioned in the context of robotization. – A machine is still a machine. Someone has to supervise it,” says Mateusz Osuchowski.

Machines signed by puduroboty.pl have already found their way to the first two catering establishments in Poland. One in Łódź and the other in Warsaw. There they help waiters distribute trays to tables and entertain guests.

Speaking of guests, how do they react to robots? They come up, stroke them and smile. The robots arouse interest. And there is nothing strange about it. Besides their usefulness they look friendly. Just take a look at BellaBot. The machine reaches about your waist, its screen displays a cat’s face you may know from cartoons, and it has a pleasant voice that meows, sings and greets guests.

– We are pleased because first of all it works. Second, it really takes the pressure off the waiters, and third, the guests are happy, so everything is as it should be. Bella doesn’t replace the waiters – they are and they work the way they worked. Bella helps. The news goes around the world – people not only come back but also attract new ones who will see somewhere that there is a robot waiter – says Michał Kowalski, the owner of the Dzielna 43 restaurant in Łódź where one of the first PUDU Robots appeared.

BellaBot is just one of a family of three robots that PUDU offers. The other two are HolaBot and KettyBot. Each differs in design, although each looks great. Each also differs in purpose and function. BellaBot, which you have already met, is a robot waiter. HolaBot is a strongman that can lift up to 60 kilograms, while KettyBot is a delivery man and “advertisement on wheels”. But before we get into their differences, let’s first talk about the points that each of the three robots have in common.

Each is autonomous, meaning it can move without human input. In addition, each can interact with humans – introduce themselves, answer questions, move goods from point A to point B, and avoid obstacles even in crowded rooms. On top of that, everyone attracts the attention of passersby.

This third aspect is especially important with KettyBot. Ketty has a built-in 18.5 inch screen that can display ads nonstop. I use the plural on purpose, because the screen can be divided into three “sectors”, and in each one a different advertisement can be emitted. HolaBot, on the other hand, can lift 60kg in one go and will be summoned by a restaurant manager or a waiter with one click on the smartwatch.

Although we currently talk about service robots mainly in the context of catering establishments, puduroboty.pl argues that their application is much broader. According to Mateusz Osuchowski, robots will work well in shopping malls for impulse purchases, in warehouses for moving goods, events for serving drinks and snacks or in shopping malls as a mobile advertising medium. The applications of PUDU Robots are many and so are the benefits.

– We provide robots in various forms. We sell them for cash, we offer leasing and we rent. We also offer 24/7 service – says Mateusz Osuchowski. At the same time he reveals PUD Robot plans in Poland. And the plans are ambitious: to repeat in the country the success that the brand has already achieved in other markets.