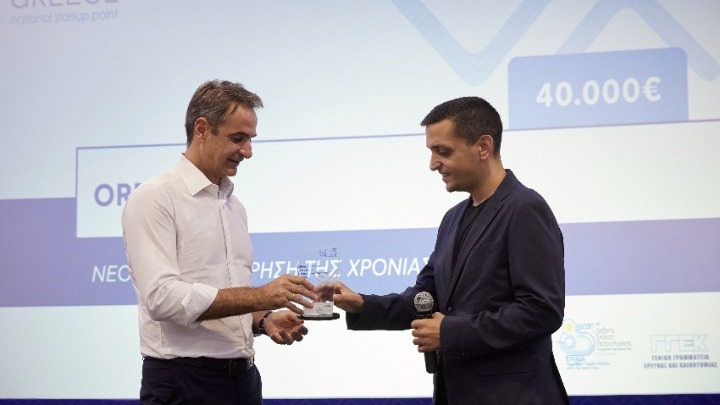 Orfium, the only platform active in the field of management and performance of music rights, was honored last Saturday, September 11th, with the Elevate Greece“Young Business of the Year” Award.

As part of the 85th Thessaloniki International Fair, Elevate Greece, the Greek government’s initiative to map and support the startup ecosystem in our country, presented for the first time National Awards in the startup entrepreneurship competition. Thanks to the unique artificial intelligence algorithms it has developed to combat the use of unlicensed works and copyright infringement, Orfium received the highest distinction. The company was singled out both for its technological achievements and for the revolution it is bringing to the copyright sector of the music industry.

At the same time, Orfium contributes to the brain gain for Greece, as its R&D department currently employs 120 highly qualified people in its Athens offices – a number that is expected to triple in the coming years. Orfium’s clients include major record labels and music publishers such as Warner Music Group, Sony Music Entertainment, Warner Chappell Music Publishing and Kobalt Music Publishing.

The award was received by Prime Minister Kyriakos Mitsotakis, Orfium’s CTO, Michael Petichakis, who said: “All of us here in this room today stand for the value of teams that have dreams and purpose and that, united and strong, work to make their vision a reality. Representing the Orfium team, I want to say a big thank you to everyone for this such an honourable distinction, which motivates us to continue even stronger in the future.”

The amount of money accompanying the 1st National Young Enterprise Award will be donated by Orfium to a good cause.