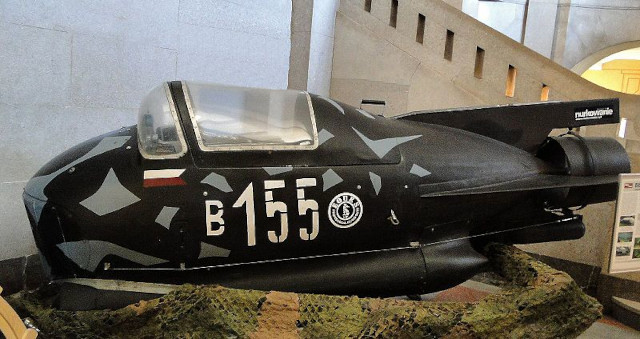 From “Błotniak” wreck to a startup

The story of Mariusz Szymański could be the basis for a film for young people with the motto “Dreams do come true, if you really want to make them come true”. The main character has been living in a specific environment since childhood. His father runs a hairdressing salon in a military port, and his visiting son has the unusual for other children opportunity to observe at close range the powerful ships and the soldiers working around them. This certainly fuels the imagination of a child of just a few years, and ultimately builds the dream of exploring the underwater world. Probably more than once he also listens to his father’s conversations with military men. Maybe it was then, while listening to their speeches, that he first heard about the “Harrier”?

“Błotniak” was a secret project implemented within the Warsaw Pact in the 1970s. Not much came out of the ambitious plans, and the rusting wreckage lingered on the grounds of the Gdynia Navy – the very place where Mariusz Szymański spent his childhood. Twenty years later, he remembered the corroded remains of “Błotniak” and came up with a crazy plan – seemingly impossible for him – to rebuild the vehicle, which this time would work.

He searches for parts on Allegro, buys from the Military Property Agency. He spends many months on his work. However, if not for the help of the creators of the original “Błotniak”, despite Mariusz’s enormous determination, the whole project would probably fail. Military engineers share with him plans to build a vehicle, which finally leads to the realization of a crazy goal: “Harrier” is launched, floats and reaches good speeds!

After this success, Mariusz Szymanski takes the next step and, using his contacts, decides to implement a new project – much more efficient, lightweight and foldable fins, which will be used by the military. Today, his company ExoTech has among its clients GROM unit and foreign military special units, and wants to sell the fins also to civilians.

First, I ask the founder of ExoTech why he decided to create fins instead of a product more related to his learned profession – hairdressing. His answer shows that inspiration for an innovative product can be found literally anywhere: – I am a hairdresser by profession, a scuba diver by passion, and I invented the Folding Fins by being inspired by barber’s scissors. The first version of the folding fins was created with combat divers in mind, as the specifics of the work required minimization, mobility and durability of the combat diver’s equipment. The advantage of our fins is expressed in lightness, swimming speed and modern design, and the inspiration to create the world’s only biomimetic fins was the natural movement of a fish fin.

Where did you get the money for your project, who believed in you? Probably it was not so easy for a hairdresser to raise funds as for example a scientist?

– During my search for the business partners I needed to implement my plans, I met Tomasz Krause and Krzysztof Paul, who have many years of business experience. We have received support from the National Centre for Research and Development, without it our plans would have been impossible to implement,” says Mariusz Szymański and adds: – Without external funding it would be difficult for us to do anything. Initially, we ran the business with our own money, but those were really difficult times. The support granted by NCRD was a milestone in the context of our company development and I will not hesitate to say that it made our dreams come true.

Thanks to the NCBR support, ExoTech’s budget amounted to 5 million PLN, which enabled them to work on developing a new fin technology – with the money from public funds they created the largest hydrodynamic tunnel in Europe and a simulator of a diver’s leg. The project was successful and they reached the point of commercialization.

How did you come to own a startup rather than a barber shop? That’s a pretty unusual twist, even for a startup.

As a result of my father running a hair salon in a naval port for over twenty years, I rotated notoriously in a military environment. So when I started diving, I didn’t want to be a regular diver, but someone who would do something different from everyone else. I managed to get the remains of an underwater vehicle “Błotniak” and, using the contacts from the Naval Academy with the then constructors after numerous modernizations and my technical solutions, the vehicle started to float. I started to be invited to special forces events in Poland and abroad, and that is how I gained contacts with this environment.

Therefore, what seems surprising to you, that I was joined by recognized business partners, is not so: when I invented the fins, my credibility was already unquestionable, because the submarine combat vehicle Błotniak, which I rebuilt, took part in several scientific and research projects, e.g. for the Naval Academy (Multi-sensor Seaport Monitoring System). This opened up opportunities for me to test the fin prototype with top divers – military and civilian.

How did the startup get into collaboration with GROM, how did you accomplish that?

The contacts I mentioned earlier, plus a lot of participation in several scientific research projects, related to my underwater vehicle Harrier, where I also had the opportunity to consult the project with soldiers and divers. We developed the product according to their guidelines, where, among other things, the idea of folding fit their needs perfectly.

To sell equipment to a unit like GROM, you have to show that the fins fit the needs and facilitate operation on the battlefield. Folding is key here, as they can be stowed and moved covertly during combat operations. We have successfully sold folding fins to GROM unit and other special units of the world. After this success we decided to create folding fins for the civilian market.

Who will buy the folding fins, who is your target group?

Our target group is tourist divers, swimmers and vessels: water tourism in the broad sense, but also rescue vessels.

Why did you choose Kickstarter, in what way is it better for fundraising for your project than other such platforms?

Kickstarter operates mainly in the US, and that’s where our target market is, hence our choice of the American crowdfunding portal.

The platform opens us up to the whole world, while we cannot assess the outcome as the campaign is still ongoing. We believe that our product is so revolutionary and innovative that it drives itself. Of course, the key is to have a campaign, videos and renders that tangibly identify and define the advantages of the product. If you are interested in our product idea, we encourage you to join the fundraiser on Kickstarter.

What projects have the highest and lowest chances on Kickstarter?

Complementing the conversation with the founder of Folding Fins, let’s finally say a few words about Kickstarter itself. It’s an American crowdfunding platform founded in 2009 with the goal of raising funds for projects in virtually every field, from album releases and movie production to drones and 3D printers. The principle that sets Kickstarter apart from other such initiatives is the risky “all or nothing” rule for the fundraiser. If you overestimate your chances and set your fundraising goal too high, you have to reckon with losing every penny the contributor has reserved for your account. Exactly, here we come to the point – “bakers” do not donate money to the project they are interested in, but only commit to do so. Funds are transferred only after successful fundraising.

Why did Folding Fins manage to achieve its goal? We don’t know the answer to this question, but the regular Kickstarter statistics published on Kickstarter may give you some clues. Of the thirty Polish projects with the most support … thirty are games, either computer or board, which could indicate that Kickstarter is a good direction for their creators. But on the other hand, when we look at all nine hundred projects from our country, at least 80% of them are games. One conclusion that can be drawn from this data is that Kickstarter is popular and heavily dominated by the gaming industry. In total, since the beginning of the platform, Poles have tried to raise funds in 941 projects.

Taking into account the statistics of the whole Kickstarter, the most projects which did not obtain funding, and which could theoretically, due to the industry, be developed by startups, fall into the “Technology” category:

source: Kickstarter
In contrast, the best performing projects globally that could be the product of startups are those in the “Games” category: