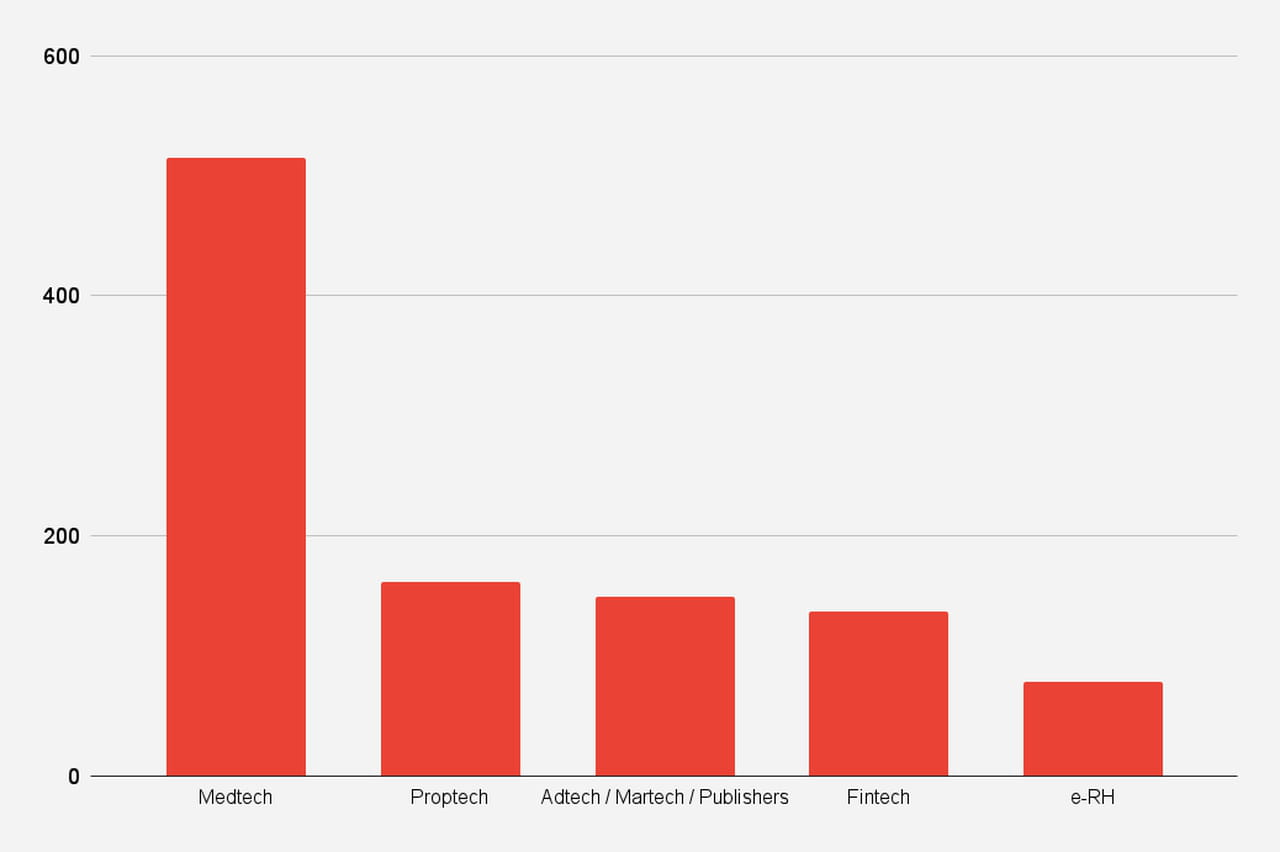 Let’s look at March 2022: French startups raised just over €1.4 billion over the period. It is rare enough to notice that fintech is not part of the podium of sectors that have raised the most funds and is content with fourth place this time.The medtech sector, led by Doctolib’s mega-raising, raised €514 million in 5 deals. Proptech came second in the ranking, mainly thanks to the €150 million raised by Deepki. Adtech / martech / publishers are also driven by their champion: Akeneo, which should be attributed €122 million out of the €148 million raised in total by the sector.

are the most important rounds of financing? Doctolib takes the lead in March, the leader in medical appointment scheduling also takes the lead among French Tech unicorns, valuing itself at €5.8 billion and intending to create 3,500 jobs in Europe over the next five years. In second place, the start-up Deepki has completed a €150 million round of financing for its software that measures the environmental performance of real estate in the service sector. Launched in 2014, the company is preparing to expand into the United States. Akeneo, a Nantes-based specialist in product experience and product information management, takes third place in our ranking.