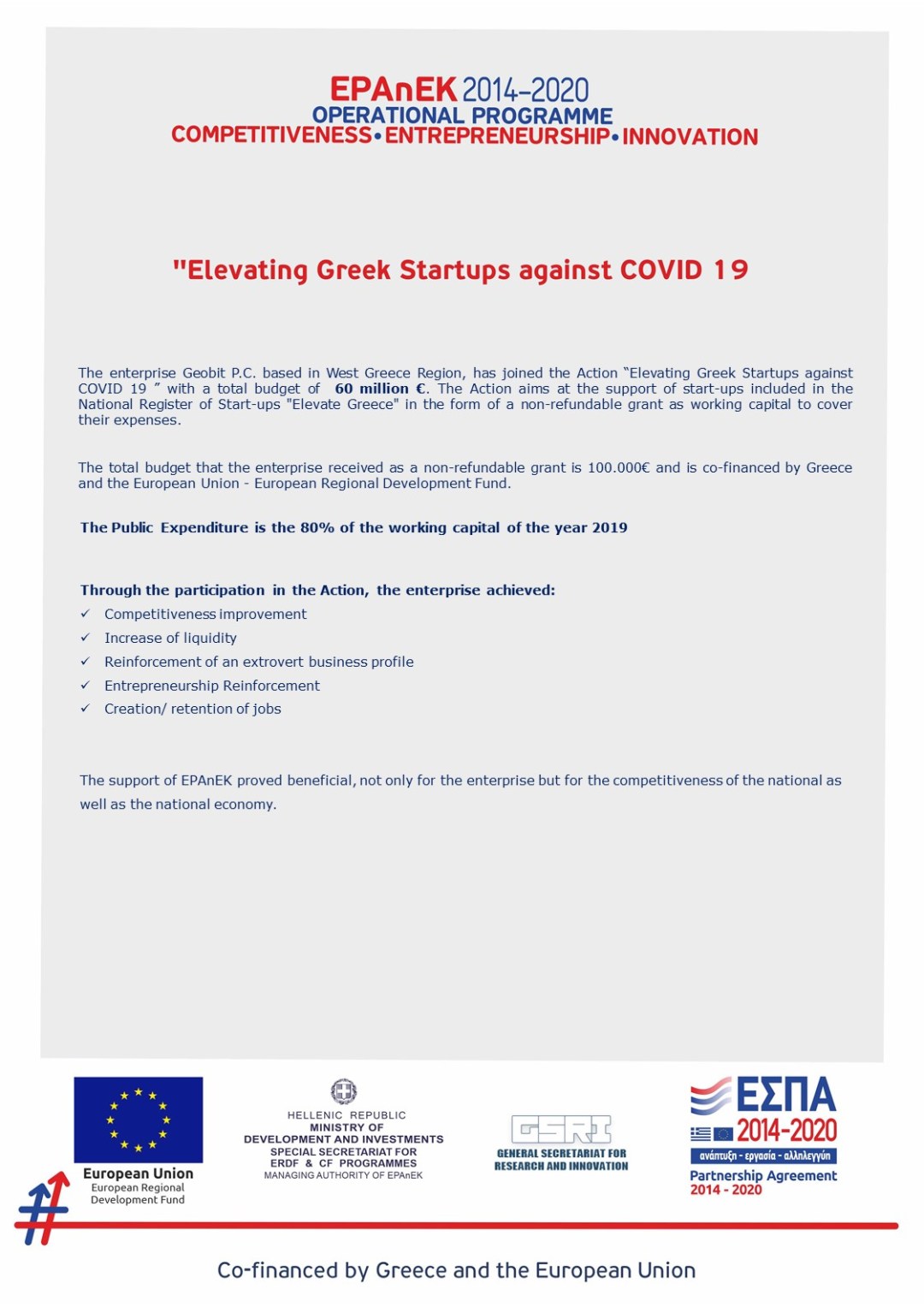 The mapping of start-ups in Greece will be done through the national register, which will operate within the innovation ecosystem “Elevate Greece”, which will be presented in the near future by the Prime Minister and the leadership of the Ministry of Development and Investment.

“We want to gather the innovation ecosystem in a portal and indeed in a few weeks we will present Elevate Greece together with the Prime Minister, which is a digital platform that will also function as a start-up business registry,” said Deputy Minister of State for Research and Technology Christos Dimas, speaking at the thematic section “Digital Governance and Start-up Entrepreneurship” of the Thessaloniki Helexpo Forum.

Mr Dimas explained that the criteria for inclusion in the register, according to the recommendation of the experts of ESETEK, are divided into two categories: The first one includes some absolute criteria “i.e. if a company has been operating for more than 8 years it will not be able to enter the register, if it has more than 250 employees or if it is a one-person company it is not a start-up”. The second category of criteria relates to qualitative characteristics and “must involve two elements, the first being the element of innovation in the process, in the product produced or the service provided and the second evaluation criterion is the possibility of scalability, i.e. there must be prospects for these ventures beyond the local or national level. Elevate Greece brings together the entire innovation ecosystem, giving the state a valuable tool to be able to give benefits to start-ups, whether they are of a tax nature, or subsidies, or coverage of salary costs, “explained the Deputy Minister.

“New intervention for the simplification of the PEPs”

He further referred to the ministry’s initiatives aimed at increasing the flexibility of researchers, such as the provision that exempts from the single salary scale researchers working on projects where the money comes from the private sector and does not burden the state budget “to attract young scientists to return to the country with much more competitive salaries.” On the legislative intervention with the Ministry of Education to remove bureaucratic obstacles to Special Research Funding Accounts, he announced a second “much more substantial intervention” in 2020 to further simplify procedures.

Leonidas Christopoulos, Secretary General for Digital Governance and Simplification of Procedures, referred to the interventions for the adaptation of the public administration to the new digital era, noting that the Digital Governance Code, “the basic legislative text for the country that will lead institutionally to digital transformation, is currently being discussed in Parliament. The digital transformation of the state has a developmental dimension, as it combats bureaucracy, and businesses and citizens can carry out administrative procedures digitally, easily, without hassle, thus constituting a developmental pillar, not only a pillar of transparency,” he said.

He noted that the Code under discussion also incorporates the European Commission’s new directive on Open Data, “much earlier than foreseen and open data is now the oil of technological development and digital transformation”, as “research data is also included and it is a framework for the development of new technologies and start-ups.” Christopoulos described the establishment of the Phaistos Fund as a “great innovation at European level”, which sets the conditions for the creation of a functional and sustainable ecosystem for the development of 5G applications and services in Greece.

“In the past years, Greece has achieved a leap in innovation indicators,” said SYRIZA’s Deputy Minister of Research and Technology, Yannis Sarakiotis, referring to the initiatives launched by the SYRIZA government. “The national digital policy 2016-21 was drawn up, a central system for electronic document circulation was created with the interconnection of 21,000 public institutions and digital signature, flagship projects were advanced,” he said and expressed “great pleasure that the current minister mentioned that digital projects will not enter the logic of cancelling what has been achieved.”

The SYRIZA deputy minister described digital skills as a “major issue”. On research and innovation policy, he noted that “a specific and holistic plan is needed and I hope that the increasing trend of spending in the sector will continue under the current government”, as “it also involves private investment and the contribution of private companies has increased in previous years, and there has been a focus on strengthening human resources”.

Regarding the linking of research, innovation and technology with production and the competitiveness of the economy, he described the ELIDEK as “a typical example”, noting that “we will welcome any such similar action by the current leadership of the ministry and we will be supportive of the effort for better jobs and additional incentives”.

The president of the SEPE Panagiota Paparidou described as “a happy fact that during the pandemic crisis the country took steps in the development sector which is digital and people realized that digital is not only the phone, smart TV and social media” noting that “when you reach a point where you get momentum you don’t stop and now the citizen himself starts and realizes what can be done differently”.

The Director of the Institute of Information and Communication Technologies Dimitris Tzovaras stressed that “innovation is the main factor that can lead a business to success, as even businesses that are well established and have products with a large market cannot stand if they do not innovate, if they do not follow technological developments”, adding that now “there are incentives for businesses to invest more, there is the human resources to support innovative products and there is research in

“Start-up entrepreneurship is the product of discovery times commercialisation. We need to strengthen these two in young people,” said Technopolis Thessaloniki CEO Michael Chavouzis, agreeing with Tzovara that “the demand is much higher than the people the universities are producing” and “if we had as many more people, they would all have jobs.” On the mortality of start-ups he pointed out: “In startups, failure is commonplace. In Greece, what is common is the stigmatization of failure. The stigmatisation must be removed and the education we give must be linked to entrepreneurship.