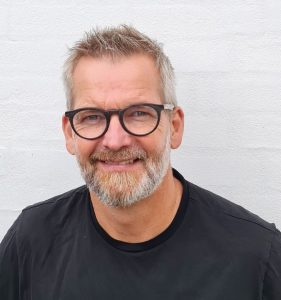 This article has been prepared in collaboration with TechBBQ.

For many years, Jesper Thomsen had actually developed lamps and watches for consumers through his job as an industrial designer. But in 2014, he stumbled across a newspaper headline that made him change direction.

“I had the desire to solve some real problems instead of making candlesticks. When I came across a simple headline about the problem of keeping track of one’s medication, I saw a potential. And so I really just started visiting municipalities and researching the problem to find solutions,” says Jesper Thomsen.

The article described a citizen who had not received his medication 13 times – and the consequences. From there, Jesper Thomsen found out that the problem was big: a WHO report shows that only half of patients on long-term treatment for chronic diseases adhere to their treatment – at the expense of both patients and the healthcare system’s economy.

The solution was DoseCan: a medicine box with a small display for reminders, which also gives the municipality an overview of whether or not citizens have remembered to take their medicine. Today, the solution has been sold to more than 50 municipalities in Denmark, Norway, Finland, Belgium, the Netherlands, Germany and Switzerland.

From an app with notifications to a device that delivers medication in portions: with various solutions for digital medication reminders, DoseSystem makes it as easy as possible for all citizens to remember their medication – regardless of whether they are young or old and tech-savvy or not.

Today, DoseSystem helps citizens to remember their medication and at the same time notifies the municipality if it fails, so that healthcare can respond. While the problem is inherently sensitive, the solution is not born out of research or long clinical studies – but rather a pragmatic approach to problem and solution that Jesper Thomsen brings with him from industrial design.

“I generally believe in going for the simplest solution. You gather evidence by going out and solving the problem in reality – rather than sitting down in a lab and proving it theoretically,” he says.

That’s not to say DoseSystem doesn’t believe in data; working with municipalities, the startup has gathered data that shows its solution actually works – which it can use to enter new markets. But DoseSystem has only come this far because the entrepreneur threw himself into development in an open dialogue with municipalities, bypassing bureaucratic barriers.

That pragmatic approach still plays a significant role, because even if DoseCan could be registered as a medical device, the start-up has chosen not to.

“We’ve talked a lot about whether we should do it, but we don’t see any reason to, so we’ve actually actively chosen to go without and instead make sure we don’t market ourselves as life-saving or as specialising in curing specific diseases. We are a general purpose medicine company and the only thing we would be sure to get out of a registration is that the product would be more expensive,” says Jesper Thomsen.

While – as mentioned above – a WHO report shows that only half of all medicines are taken on time, DoseSystem users succeed in 9 out of 10 cases. And that’s not just good for the citizen. In fact, Dosesystem’s own sample from the first quarter of this year also shows that it has potentially saved 17 Danish municipalities up to 51,000 visits to citizens who have not taken their medication on time.

“We haven’t just created a medicine box that notifies the user – the clever thing about the system is that it can collect and pass on data. Our figures suggest that this is good both for the users, who become self-help, and the municipality’s wallet,” says Philip Flindt, CEO of DoseSystem.

DoseSystem’s largest market is still Denmark, but the company is currently active in seven countries and expects its export share to surpass its domestic market before long.

By refraining from registering its hardware as a medical device, DoseSystem can keep the solution as simple and affordable as possible. They are now proving that they can sell the product directly to the end user in the Dutch market because the price is low compared to competing solutions.

– What can we do to ensure a strong and competitive life science industry in Denmark in the future?

“The life science industry is doing very well, and the Nordic region has a strong research-based foundation that is highly recognised internationally. It has just always been a challenge to translate that into businesses.

When we present Danish early-stage companies to the world, they are interested, but they need a local investor they trust. We have very few local investors in life science. It requires an effort across the ecosystem to bring in more public and private investment.

The post “I wanted to solve some real problems instead of making candlesticks” appeared first on startupmafia.eu.