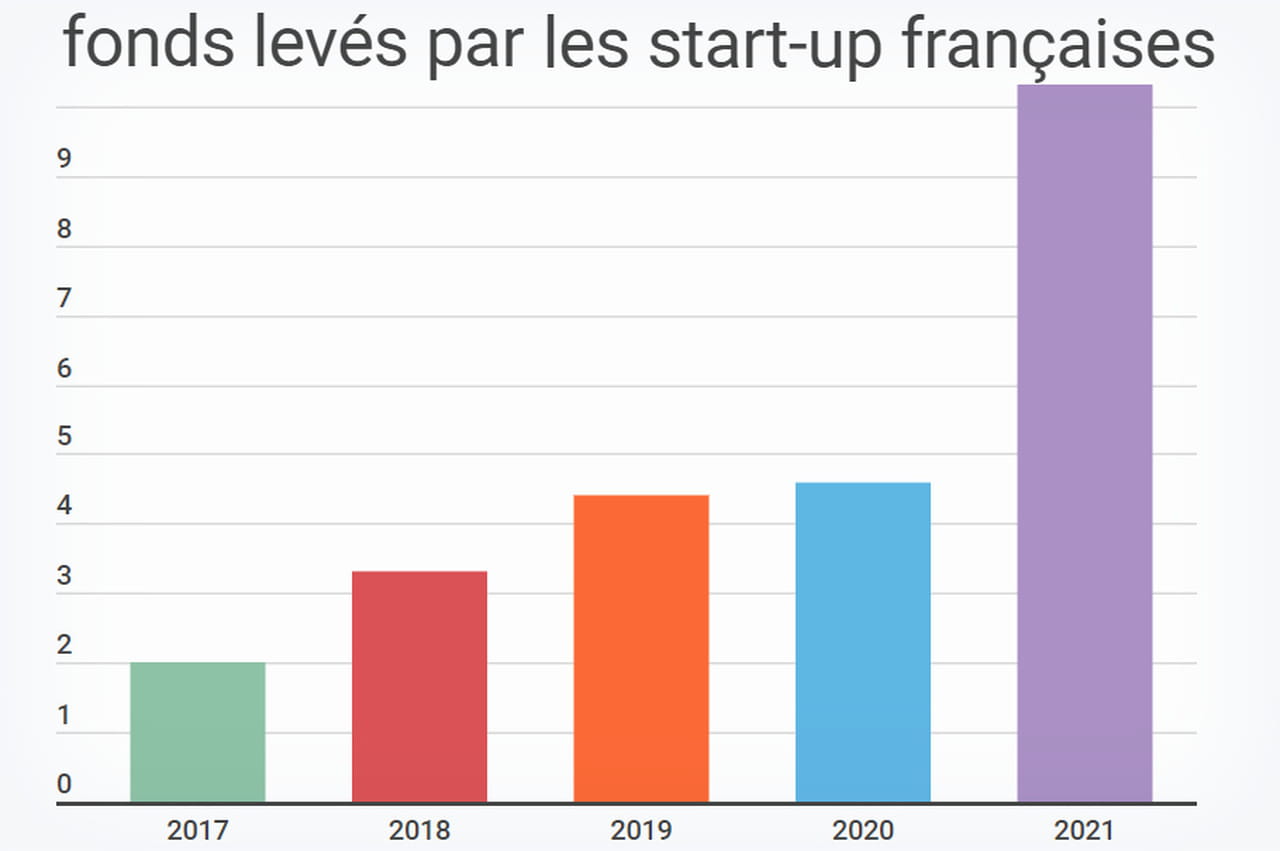 A rather quiet December (50 deals for 367 million euros raised) closes an exceptional year in the French tech ecosystem. According to the JDN barometer, French start-ups have raised precisely €10,369,345,000 over the past 12 months. This is more than twice the amount raised in 2020 and five times that of 2017.

The number of deals is also on the rise, with 767 deals conducted in 2021 versus 576 in 2020. It is also worth noting that mega-fundraisings have been a particular feature of our barometer this year. Twenty start-ups have raised more than $100 million over the past 12 months (twice for Vestiaire Collective), while in 2020 only eight of them had reached this milestone.

In terms of sectors, fintech has risen to the top of the rankings, both in terms of the amount of funds raised (€2.1 billion) and the number of deals completed (102). Retail is close behind with €2 billion raised and 97 deals. Finally, adtech / martech / publishers, with €1.4 billion raised, came in third place with 71 deals. Far behind the top three are, in order, e-HR, mobility, biotech, proptech, cloud, big data and finally IoT.

In the top 10 of fundraising deals closed in 2021, the year’s leading sectors are unsurprisingly the same: fintech, retail and adtech / martech / publishers. Fantasy soccer start-up Sorare, which we classify in the adtech / martech / publishers sector, takes the top spot in our 2021 ranking by signing a historic fundraising round of €580 million, the largest ever in the history of French tech.Barely three years after its creation, the start-up with an original positioning (it offers the general public to collect and play with NFT soccer cards) is valued at 4.3 billion dollars in September 2021. In second and third place in this top, the unicorns Mirakl and Contensquare have raised two equally historic amounts: €472 million for the marketplaces specialist and €408 million for the SaaS platform that analyzes the behavior of e-commerce users.

In tenth place in this ranking, two ex aequo rounds of 178 million euros led by the same start-up: Vestiaire Collective in March and September 2021.