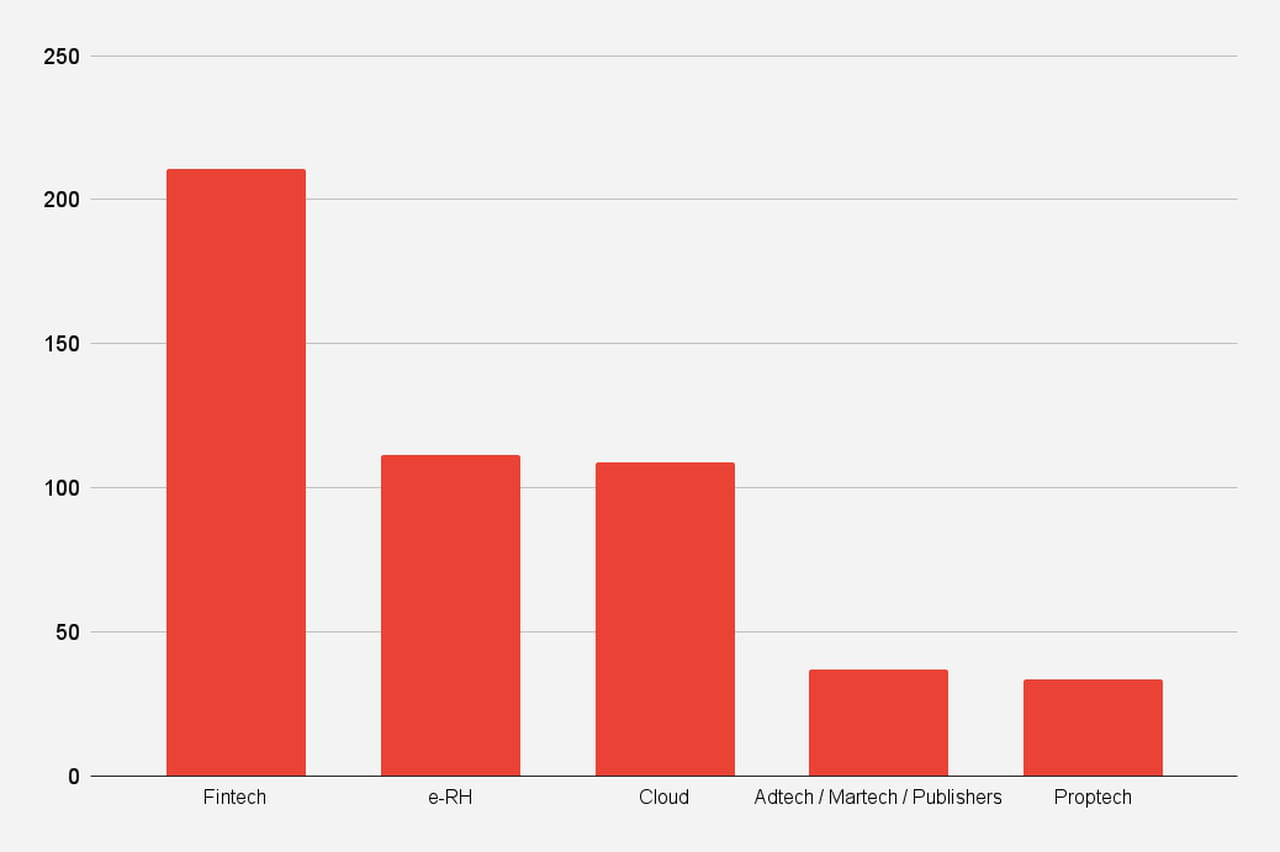 January’s mega-raises have given way to more modest deals. In February, French start-ups raised €747.92 million in 81 deals, about 70% less than the previous month, and only three deals exceeded €50 million.This is perhaps a time for younger projects to take center stage, when the beginning of the year saw five unicorns take center stage.

In which sector did we raise the most funds? As always, the fintech sector took first place this month, both in terms of amounts raised ($210 million) and the number of deals (13). The e-HR and cloud sectors followed in second and third place, almost equally.111.3 million in seven deals, led by the fundraising of Padoa (€53 million) and Snapshift (€40 million). The cloud sector attracted investors with €108.9 million in just two deals, with InterCloud announcing a €100 million fundraising on February 15.

115 million, the fractional payment solution Alma takes first place in our ranking. The start-up, which has the Chinese company Tencent as a shareholder, would like to launch a twelve-installment payment system, as opposed to the current three or four. In second place, the operation led by the start-up that develops secure cloud interconnection systems, InterCloud. It is raising €100 million from Aleph Capital, with the participation of Ventech and Open CNP, and intends to launch itself on the European market. Finally, a start-up dedicated to occupational health takes third place on the podium. Padoa completed a €53 million financing round in early February. The funds will enable it to expand its offer and hire 60 employees, says the start-up.