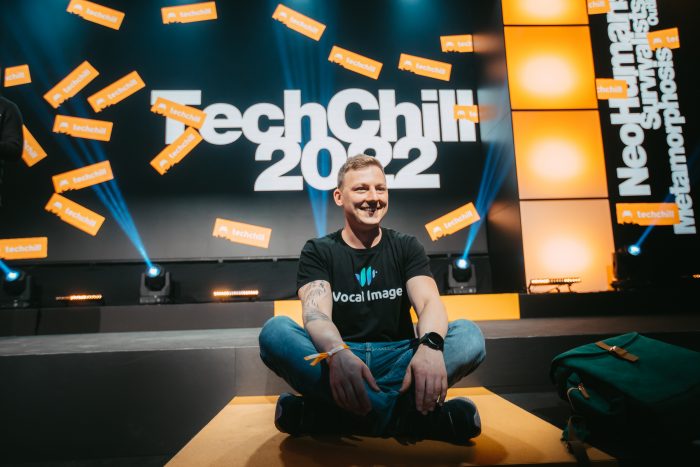 TechChill 2022, one of the largest start-up and technology events in the Baltic States, has concluded with the victory of the start-up Vocal Image App. The winner was awarded the TechChill winner’s honour and a €10,000 prize with no strings attached, as well as €150,000 from the venture capital fund Depo Ventures.

More than 200 start-ups from all over the world entered this year’s Fifty Founders Battle. An international jury of experts initially selected 50 startups based on criteria such as the seriousness of the problem, the team, the track record and the ability to scale the idea. Semi-finalists competed against each other on the first day of TechChill 2022 and five startups made it to the final round:

The voice training tool Vocal Image App from Estonia was voted the strongest in the competition by a jury of international venture capital funds. They won both a €10,000 prize from TechChill and a €150,000 investment from venture capital fund Depo Ventures. The winner, Vocal Image App, and another finalist, Codigy, will also have the opportunity to study in California at Dreipler University’s entrepreneurship programme.

The Latvians were not left out of the prizes by local cryptocurrency company Gravity, which awarded 1 ETH – Etherreum cryptocurrency, the second largest in the world, to start-up Mission.Space. All finalists were awarded the use of the virtual team collaboration tool Miro, worth USD 1 000 (the winner was awarded an additional USD 500 to use the platform). AWS awarded 10 000 credits to Video Bit, which was not on the shortlist.

“TechChill 2022 took place from 27 to 29 April at Hanzas Perona, Riga. It was the first tech event after the lifting of pandemic restrictions in the Baltic States and attracted a large number of visitors – all tickets sold out the day before the event.