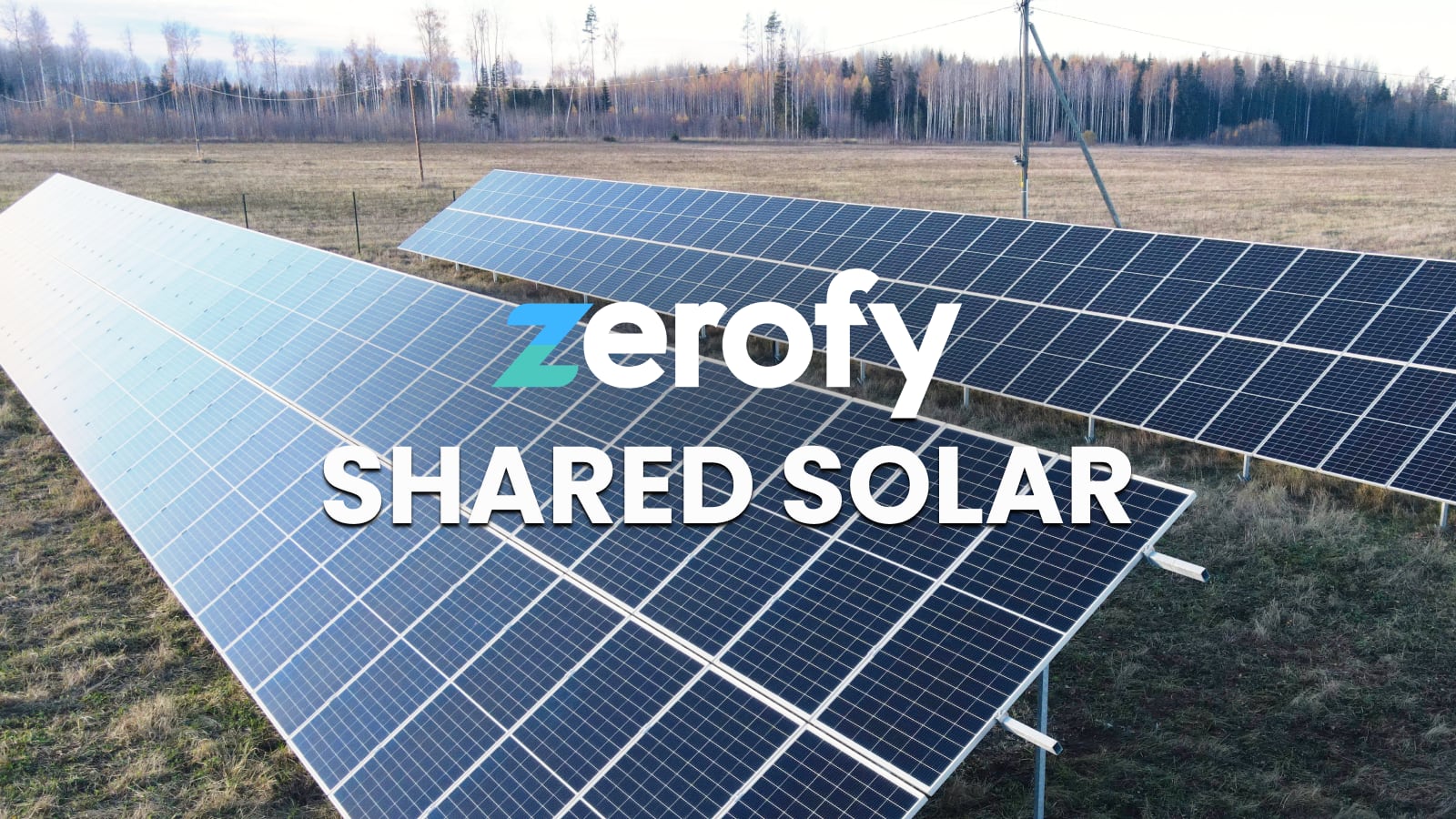 Zerofy, Inc., the company with an app that helps households track and reduce their carbon emissions, today announced the launch of Zerofy Shared Solar, allowing anyone in the world to become a solar energy producer by leasing panels at their solar park.

Located in Kändliku, Estonia, the 162-panel solar park is owned solely by Zerofy and has been producing electricity since mid-October. It is expected to produce 57MWh of electricity per year. Panels are available for lease at a cost of 400 EUR for 25 years, and anyone in the world can participate. In February, the offering will be further enhanced when it is integrated with the Zerofy app. Those who lease panels will be able to view electricity production, avoided CO2 emissions, and earnings from electricity sales in the app and in real-time.

Zerofy launched this unique solar framework to make it accessible for anyone to participate in solar energy production, even if they don’t own their home or have rooftop infrastructure to install their own. Thirty percent of those in the European Union are renters, and many who do own their own homes are in apartments or units with no ability to install rooftop solar. For households that already have rooftop solar but have maxed out their capacity, Zerofy Shared Solar offers a way to expand their production.

“Solar is going to be a critical part of the global energy transition, but for many households, there exist barriers like the up-front investment or the space to install panels,” says Co-Founder Till Quack. “We’re removing the hurdles and making solar simpler, allowing anyone to participate and support this key element of the energy transition, with low investment and real-time insights.”

Those who lease panels will reduce their carbon footprint by generating additional green electricity that is fed into the grid. Notably, they will also earn money: the electricity is sold on the market and the proceeds, minus a 20% operating fee, belong to the panel lessee. They will benefit from the actual market price of electricity, truly participating in the market. Zerofy Shared Solar is one of the only carbon emissions reducing projects in which users earn money back. Additionally, the Zerofy app calculates avoided carbon emissions at an hourly granularity. This is a world-first, as common green utility plans or offsetting products simply deliver users yearly averages.

This is the first Zerofy Shared Solar park, but the company anticipates more to come.

“Estonia was the perfect place for us to launch Zerofy Shared Solar because of the land availability, high emissions for average grid electricity, and the feed-in tariffs based on market prices,” says Co-Founder Criss Uudam. “We’ve seen such great interest already in renting the panels that we’re already exploring other countries to expand.”

The project is distinct from carbon offsetting projects because there is a verifiable and direct impact —or additionality— from leasing the panels and producing electricity. Zerofy does not sell any carbon credits or certificates of origin for the plant. If they did, the panel lessees would not be able to claim the carbon emission reductions for themselves.

The panels can be leased without being a Zerofy user, but it is recommended to be one because of the exciting integration with the solar park coming in February.

Panels can be leased here or directly in the Zerofy iOS App.

Zerofy’s mission is to simplify a zero-carbon life for households. It was born out of the observation that consumers are often confused about where in their household the big emissions contributors are, and suffer from complexity and friction when trying to implement solutions. The Zerofy app, available in the iOS store, helps users measure their household’s carbon emissions automated and in real-time. Then users can take action to reduce their carbon footprint by switching to low carbon energy and products.Zerofy was founded in 2022 by Criss Uudam and Till Quack, entrepreneurs and product builders with expertise from prior startups and companies including ABB, Apple, Qualcomm, and Meta. Zerofy is made up of a dedicated team in six countries with a shared commitment to simplify the zero carbon life for households. Zerofy has raised a 1.2M pre-seed funding round, led by Union Labs Ventures and numerous angel investors.