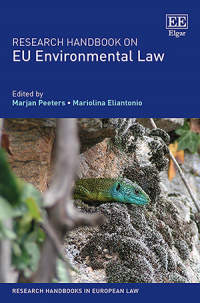 At a time when the US and China are fighting hand-to-hand for innovation leadership, Europe is slowly but surely taking steps to join the arena.

And all this is happening while the pandemic is acting as a disincentive to start-up growth. Significantly, according to the European Tech report, almost half of European startup founders struggled to find funding in 2020, and the funding raised was significantly lower than in 2019.

In a recent publication, the European Commission announced a target of doubling the number of startups in the EU by 2030. To achieve this goal, which will bring Europe into the innovation game, it is vital to create more favourable conditions for start-ups at all stages of their life cycle, by simplifying their formation procedures, and encouraging their participation in public competitions.

EU Member States, in an effort to give a boost to European innovation to cope with the fierce competition from the US and China, adopted a new regulatory framework for European start-ups in the context of the “Digital Day” organised by the European Commission at the end of March.

Thenew measures are the result of intense pressure from tech companies in Europe for reforms to help startups grow and become worthy rivals to US and Chinese tech giants.

What is the EU Startup Nation Standard

The majority of EU member states and Iceland have signed the EU Startup Nation Standard, a set of rules that aims to establish a set of best practices that will become milestones of a friendly environment for startup growth. According to the European Commission, such an environment is essential for the EU’s transition to a sustainable, resilient, open and digital economy.

“We need more startups in Europe with prospects and opportunities to evolve into innovative large companies that can contribute to Europe’s strategic autonomy,” the EU Startup Nation Standard draft states. “Startups in every corner of the EU need favourable and competitively fair conditions to grow at every stage of their lifecycle.”

The adoption of the new measures is driven by:

What changes with the new framework

The main complaints from European startups relate to employee stock options, which give employees the opportunity to take shares in the company, and delays in completing incorporation and visa issuance.

The Start-up Nations Standard locks in a more friendly framework for employee stock options by imposing a tax exemption until such options are activated.

In addition, it prioritizes speeding up the process of setting up a new company, limiting its completion to one day and reducing the cost to €100, in an effort to reduce bureaucracy and make setting up a start-up company more affordable.

Finally, it urges Member States to speed up visa procedures and take effective measures to repatriate Greek brains working outside the EU. The overall directive to Member States is to simplify the regulatory framework and avoid excessive restrictions.

In addition to improving the regulatory environment for startups in the context of Digital Day, the Member States signed two other declarations concerning the pooling of resources to promote international connectivity and to incentivise the development of clean digital technologies.

“The new commitments made reinforce our shared ambitions for a people-centred approach to digitisation. The declarations, which were signed by several Member States, consolidate our commitments in three areas, namely connectivity, startups and clean digital technologies, underpinning our ambitions for a more competitive and green, inclusive and inclusive Europe.”

The new face of the capital: Tens of millions of dollars of projects ‘running’ in the municipality of Athens