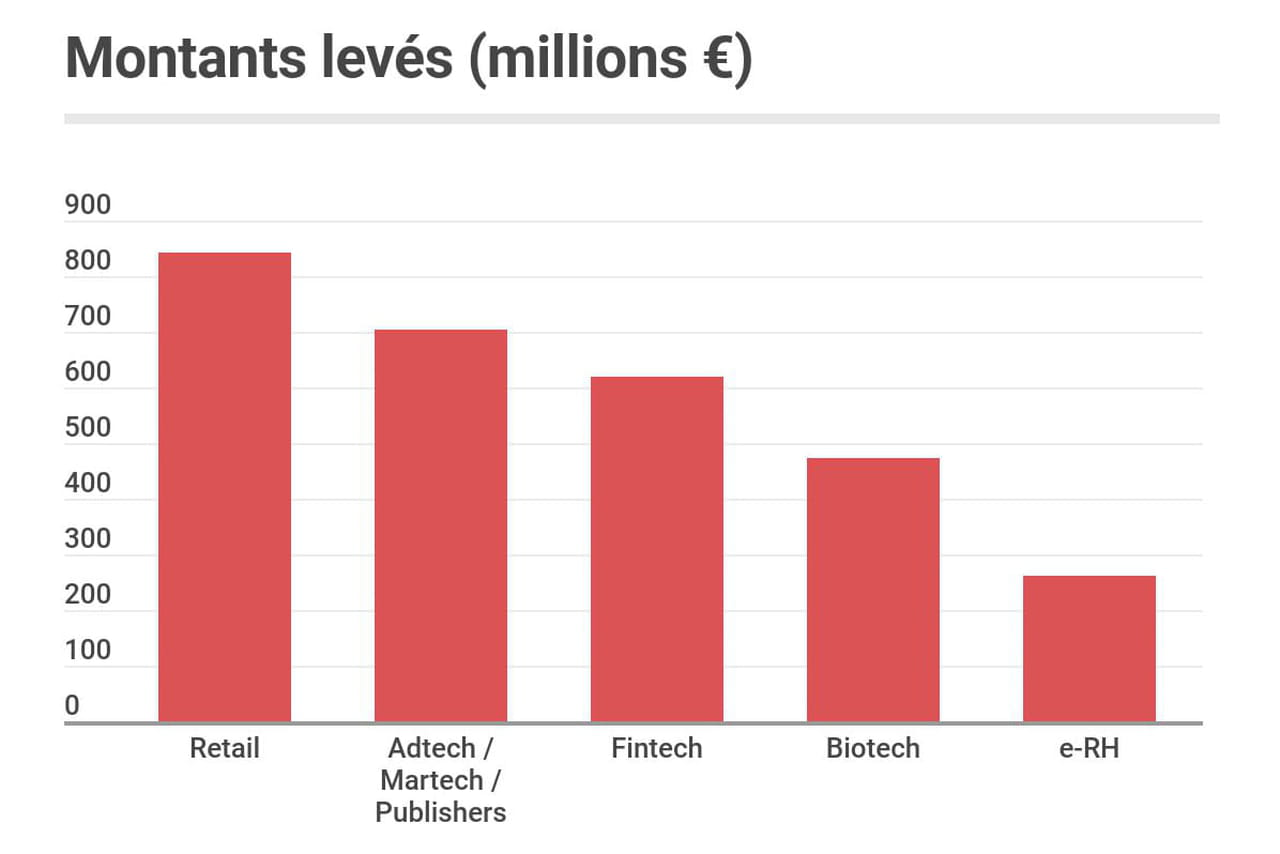 Stagnation is not so bad in a year of recession. While at the beginning of 2020 French start-ups feared that venture capital would dry up due to the uncertainties caused by the pandemic, it has to be said that this was not the case. In fact, they raised €4.6 billion in 2020, compared to €4.4 billion in 2019. We are therefore far from a collapse in start-up financing. However, it is worth noting the sharp slowdown in the growth of funds raised. It stood at 36% in 2019 compared to 2018, compared to less than 5% in 2020 compared to 2019.

In terms of sectors, retail is the most popular with investors, both in terms of funds raised (€841 million, or 18% of the total) and the number of deals (79). Next come adtech / martech / publishers (€705 million raised, 73 deals) and fintech (€619 million raised, 54 deals). Also noteworthy is the good performance of biotechs, which raised €472 million.

The biggest fundraising of the year is also the largest in history for a startup in France: white label marketplaces publisher Mirakl raised €255 million. Already in the top 10 of 2019, the breeder of insects processed into food proteins Ÿnsect has this time raised 190 million euros. Third on the podium, Contentsquare, a specialist in tracking and analyzing user behavior on a web page or app, raised €175 million.