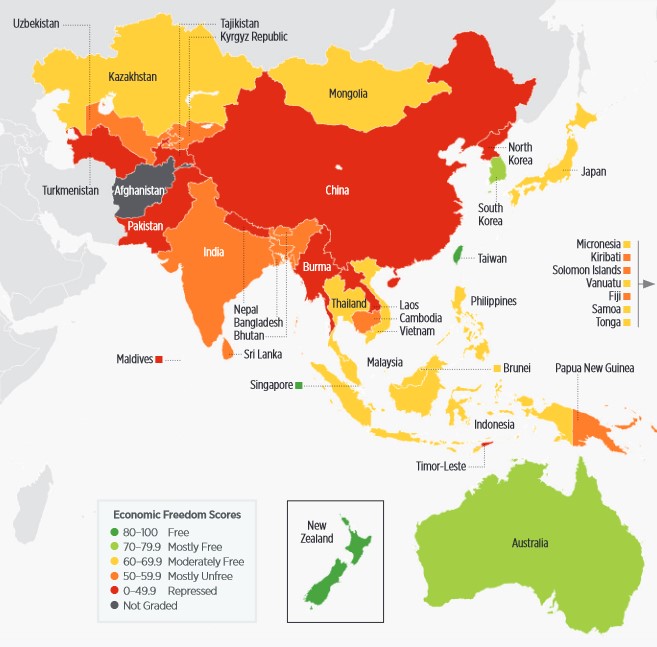 Alipay, or the dispute between American, Japanese and Chinese companies

story of Ant Group begins in 2004, that’s when fintech startup Alipay, which is a mobile payment operator, was born. The organization was founded as one company between Alibaba Group (owners of AliExpress and Taobao, among others) and entrepreneur Jack Ma (actually: Mǎ Yun, 马云). Initially, Alipay mainly operated on the Taobao platform, but quickly began to gain popularity in China.

And as it happens with business in China – it was not without controversy, regulation and the development of the company in the direction preferred by the state. By 2010. Alipay had reached almost half of the non-bank market in China. At that time, the People’s Bank of China issued licensing regulations for outsourced payment service providers and separate guidelines for foreign-funded payment institutions. Why. To restructure the company into a domestic company controlled by Jack Ma.

This was problematic because until 2010, the major shareholders of Alibaba Group and Alipay were US-based Yahoo! and Japan’s Softbank. These were not to be informed of the sale of shares at par value. The situation was widely criticized by both global and Chinese media, which indicated that such a move would undermine foreign confidence in investing in Chinese companies. Eventually, the ownership dispute between Alibaba Group, Yahoo! and Softbank was resolved in 2011.

The fintech has grown strongly over its lifespan and had already processed mobile transactions worth about $150 billion in 2013. The app was also already used by approx. 300 million users – primarily from China. Even then, the volume of mobile payments was expected to be larger than PayPal or other popular payment operators.

Nevertheless, PayPal had a much more global reach. The fintech was used worldwide, while Alipay was preferred primarily by Chinese users. The fact of such huge growth and numbers boasted by Alipay was possible mainly due to how big and extensive the Chinese consumer market is.

Still – even now Alipay has mostly Chinese users. Although the application is available in several countries in Asia, Europe and the Americas, it is mainly used by Chinese tourists or companies or people involved in trade with this market. I mean importers, exporters, dropshippers or people ordering on AliExpress.

Alipay currently supports transactions in 18 currencies and works with over 300 merchants worldwide. PayPal, on the other hand, boasts support for 25 currencies and operates in as many as 200 markets worldwide. So when it comes to global reach, PayPal is undoubtedly several levels above China’s Alipay. In fact, the most successful expansions of the Chinese fintech have been made to Russia and the Philippines.

In the former country since 2022. Alipay has partnered with Sbierbank and allows instant money transfers to a cell phone number from Russia to China. This works on a very similar principle to our native BLIK, although a strictly international transfer is supported here. In the case of the Philippines, Alipay has invested in Philippine GCash, which has helped transform the company into a cashless mobile payment service.

October 23, 2014, Alipay is transformed into Ant Group. Just one year later, the Chinese startup raises $4.5 billion in a funding round with investors from China Investment Corp, CCB Trust, China Life, China Post Group, and many others. By 2016, the company was already handling 58% of all online transactions in China and had 450 million active users.

Ant Group grew rapidly, raised more funding rounds, invested and acquired local companies, and expanded its business. In 2018, the company raised about $14 billion in a single funding round, which was considered by the Times of India as the largest single fundraising by a private company in history. In the same year, the fintech launched a blockchain-based international money transfer service.

Alipay users could now send money between Hong Kong and the Philippines, with their transactions confirmed on the blockchain. Ant Group has tried to maintain an innovative tone and in addition to blockchain, has also taken an interest in facial recognition. In 2018, at KFC in Hangzhou, customers could start paying… with their face. All they had to do was enter their phone number and scan their face. If its image matched that of the identity card stored in the system – the payment was processed.

Ant Group comes out with an initial public offering

In 2019. Ant Group announced it would raise $1 billion in a new investment fund to expand its operations in India and Southeast Asia. And just a year later, it applied for a digital banking license in Singapore. The company began raising more rounds and attracting new investors, including Klarna.

It seemed that Ant Group was unstoppable. The company has grown into one of the largest unicorns in history, and its valuation has exceeded $280 billion. Jack Ma – the owner of Ant Group – also announced preparations for an IPO. It was estimated that the Chinese company would be able to raise up to 30 billion dollars – thus it would be a record-breaking initial public offering.

Jack Ma, by the way, already had experience with IPOs, as his main company – Alibaba Group – came out with an initial public offering in 2014. However, Ma soon found out that doing business in China is not as easy as he thought.

Jack Ma is a powerful entrepreneur – one could venture to say that he is basically a Chinese oligarch. His wealth in 2014 was estimated at $21.8 billion, which made him the richest man in China. What’s more – in 2017. Jack Ma ranked 2nd on the list of “50 richest leaders in the world” according to Fortune magazine. The Chinese man is also regarded as a philanthropist and an efficient investor.

In the world of Chinese or Asian startups he is a very important figure, set as a model. Just like Steve Jobs in the Western world. However, the business world in China looks a bit different. Many entrepreneurs – even the richest ones – strongly protect their privacy and remain rather mysterious figures. It is no different with Jack Ma, who has only been scheduled to appear in public twice since 2020.

What is more – despite his free-market and capitalist views – Jack Ma officially belongs to… the Chinese Communist Party. It may seem quite ironic, but it should be emphasized that in the PRC belonging to the party is something natural. The party opens up many avenues for its members and is a kind of confirmation of a person’s competence. The Chinese are often able to write their political party affiliation even on their CVs, which may be completely incomprehensible to Westerners.

However, party affiliation has not provided Jack Ma and his company with as many opportunities as one might expect. The Chinese entrepreneur found this out in 2020 with an IPO and potential listing on the Hong Kong Stock Exchange. Ant Group’s initial public offering was halted by the Hong Kong and Singapore stock exchanges due to regulatory changes by the Chinese government. According to the People’s Bank of China, Ant Group was characterized by monopolistic activities.

The institution itself has indicated a five-point recovery program for Ant Group, including – returning the company to its roots in payments, ensuring greater transparency in transactions, obtaining the necessary licenses for its lending business, protecting user privacy and establishing a holding company.

Ant Group was also accused by Chinese banks of pulling deposits from them, supposedly undermining banking. Why? Because it was possible to make consumer loans through Ant Group – in partnership with banks. Jack Ma’s company defended itself by claiming that it is not a bank and does not function as a financial institution, so the proposed regulations should not apply to it. In the background, Ant Group was accused of monopolistic practices, making it difficult for other fintechs to grow in the market.

Jack Ma even made a public appearance – literally days before the planned IPO – indicating that the Chinese system should be reformed because regulators are blocking innovation in the market. Soon after these words – Jack Ma along with other representatives of senior management of Ant Group was summoned by the Chinese regulators, where they allegedly discussed the issues concerning the condition and stability of the financial sector.

It was then that the People’s Bank of China issued a five-point recovery plan for Ant Group, and stock exchanges halted the company’s IPO. The Wall Street Journal pointed out that the suspension and the whole mess around the Chinese fintech was caused by the PRC leader himself – Xi Jiping, who was supposedly enraged by Ma’s words. The suspension in the stock market was so unexpected that it surprised even those working on the Ant Group deal and IPO.

After Ant Group’s IPO was blocked – Jack Ma withdrew from public life and did not appear at all between October 2020 and January 2021. Some even speculated that he had left China. For now, Ma’s focus is strictly on philanthropy and he seems firmly out of business. As recently as last year, there were talks about Jack Ma’s potential exit from Ant Group, i.e. selling his shares.

In the Polish Internet, there was (and still is) a narrative that China is a country with a free-market, capitalist economy. In fact, after the death of Mao Zedong and the thaw, the country became wildly capitalist, like in the 19th century across the pond. In fact, this is not true. Chinese economic system is not communist, but it is called market socialism.

It assumes state interventionism and by Deng Xiaoping, who reformed the Chinese economic system, it is seen as a transitional path between capitalism and socialism. According to Deng, China was in the early stages of socialism, so it had to use capitalist techniques to develop. As recently as 2009, the state sector accounted for 50% of China’s GDP!

Ba, in terms of economic freedom they are far behind Poland – in fact, at the grey end of the list. Poland was ranked 39th in the 2022 ranking, and China 158th. Running a company in China is much more difficult than developing a business in Europe or in neighboring Hong Kong, Taiwan, South Korea or Japan. Or even in countries like Kazakhstan or Mongolia. In fact, it is one of the most difficult markets for entrepreneurs in Asia and the world.

Business in China can be quickly slaughtered by the regulator or turned back in a completely different direction. Ant Group, which began self-regulating in 2021 after state intervention, found this out. The fintech began to transform into a financial holding company under the guidance of the People’s Bank of China. The company has lowered the limits for loans to young users and will prevent the financing of some small businesses focused on real estate. In addition, the company began to limit the availability of credit scoring service Zima Credit without discussing the specific risks of such cooperation with financial institutions.

Additionally, Alibaba Group-which is the parent company of Ant Group-was fined $2.8 billion for monopilistic practices. This penalty represents 4% of Alibaba Group’s total 2019 revenue. In 2022, the company launched a new investment advisory service in partnership with six financial institutions and… shut it down nine days later. Why? Because Ant Group is not licensed to rate funds, according to regulators. Ant Group is essentially being dismantled before our eyes, and the growth of one of the world’s largest unicorns is now in question.