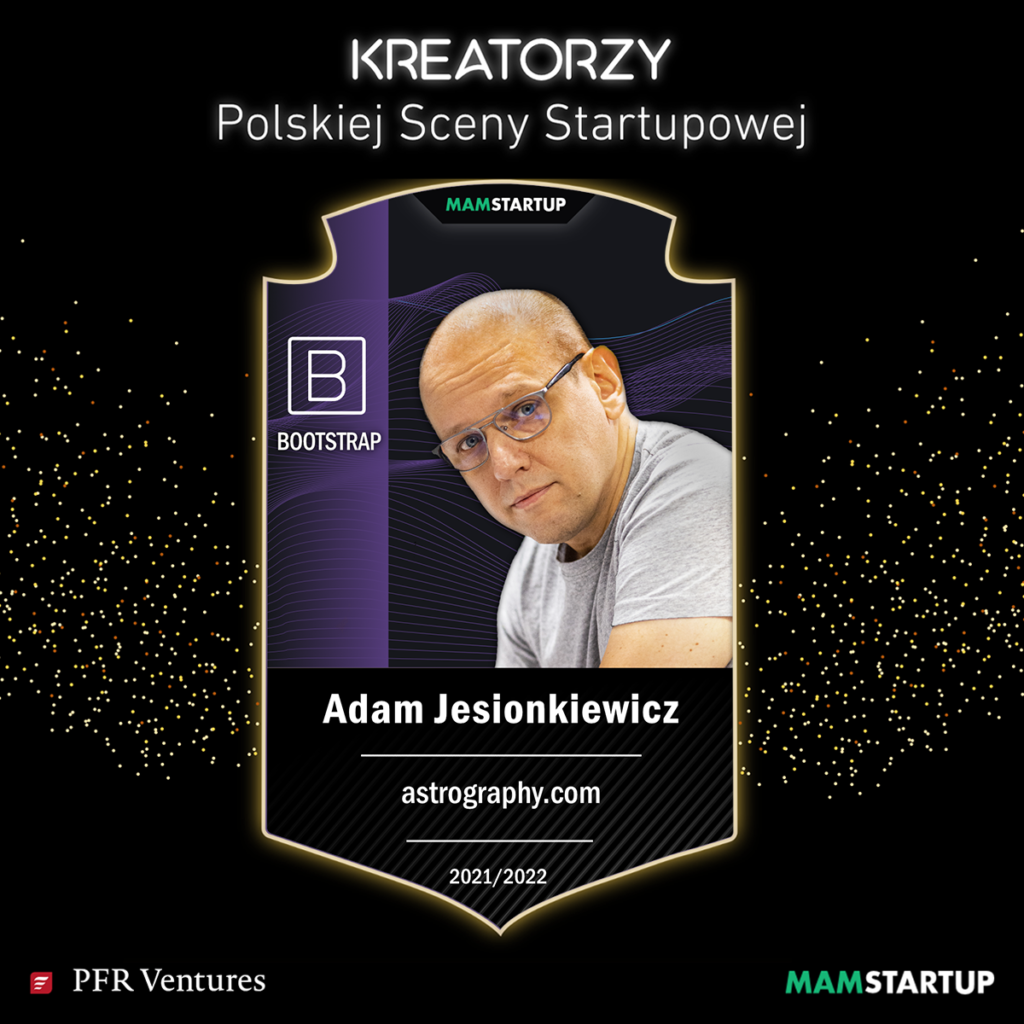 Adam Jesionkiewicz has been known on the startup scene for a long time. In 2013, he founded a startup called Ifinity Group, which brought him the most recognition among Polish startups. However, as Adam himself admits – not everything went his way. Eventually, he sold the startup in 2021 and devoted himself entirely to the development of his second project – Astrography. That is, a company dealing with fine-art astrophotography printing.

Due to the rapid development of Astrography – Adam was awarded in the Kreators 2022 ranking in the bootstrapping category. It is this bootstrapping that Jesionkiewicz focuses on, although as he admits – it is not for everyone.

– If someone in his life – even young – is not able to put aside or organize some resources, it can be very difficult to build your own business. And does bootstrapping require some experience with other initiatives? This is certainly an advantage. However, history knows a whole bunch of bootstraps – Polish reality consists of a whole bunch of companies where the founder started in the basement and “mixed some product there” – says Adam Jesionkiewicz.

In the latest episode of the startupmafia.eu Podcast we talk to Adam about bootstrapping, astrophotography, what he doesn’t like about Polish startup culture, relations with VC funds and the Kreators 2022 ranking.