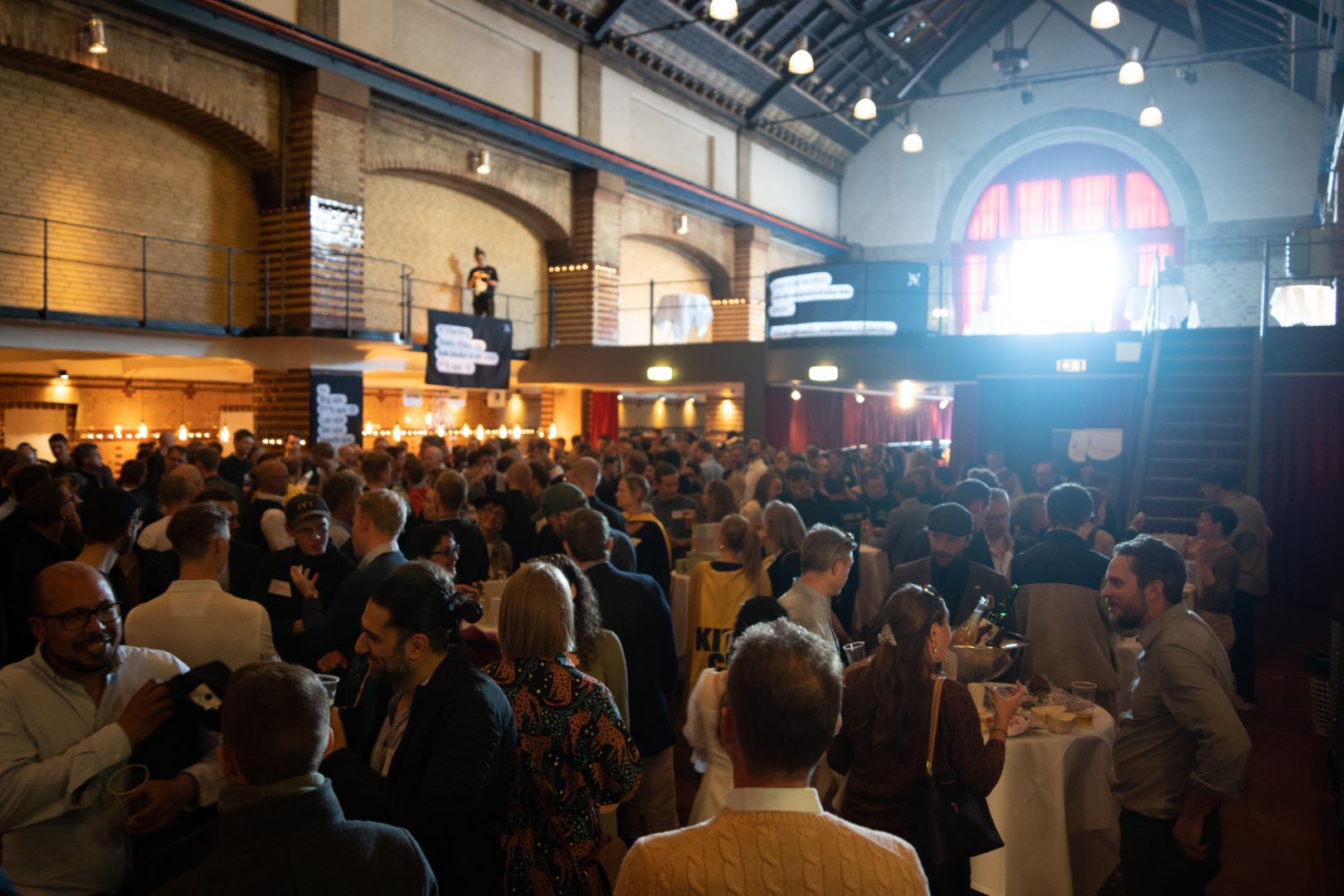 The startup ecosystem is thriving in Aarhus. This was evident at yesterday’s Aarhus Townhall, where 500 startups, investors and ecosystem players filled the sold-out Turbine Hall to bursting point.

In the aftermath of several years of closure, the Aarhus Townhall community event now seems like a dusty memory. But on Thursday night, the gathering was resurrected with nonprofit The Link at the helm. And with 500 attendees and a packed Turbine Hall, the ecosystem clearly showed that it has been missing coming together and reconnecting with each other.

“We have a strong community of entrepreneurs and investors in the area, but on top of a few years apart, they’ve been missing the benefits that come from meeting informally. It was clear to see that the event laid the groundwork for budding new ideas, partnerships, hires and startups,” says Lasse Chor, Community Specialist at The Link.

The stage was set by Ken Villum Klausen, founder, CEO and newly minted unicorn owner at fintech company Lunar, who was joined by up-and-coming companies FieldSense, Vibrant.io and Landfolk, among others.

The mayor also dropped by, with nothing but praise for how important an event Aarhus Townhall is for the city.

“Entrepreneurship and scalable businesses ensure tomorrow’s jobs, the green transition and international competitiveness. That’s why we want to make it even more attractive to become part of the strong community the entrepreneurial ecosystem has,” says Jacob Bundsgaard, Mayor of Aarhus Municipality.

For the first time, Mayor Jacob Bundsgaard and CEO of The Link Mette Hoberg Tønnesen presented the Ecosystem Hero award to Clearhaus on Thursday evening.

The Ecosystem Hero award is presented to companies that give back to the startup ecosystem in Aarhus. Clearhaus does this by starting Aarhus’ new techhub, PoP2, where they have gathered growth companies like Anyday and Vibrant. In addition, Clearhaus founders invest in new companies, supporting the next generation of entrepreneurs from Aarhus.

The award was received by Claus Methmann Christensen CEO & Co-founder, Ulrikke Kejser, Executive Assistant and Søren Soltveit, Head of IT.