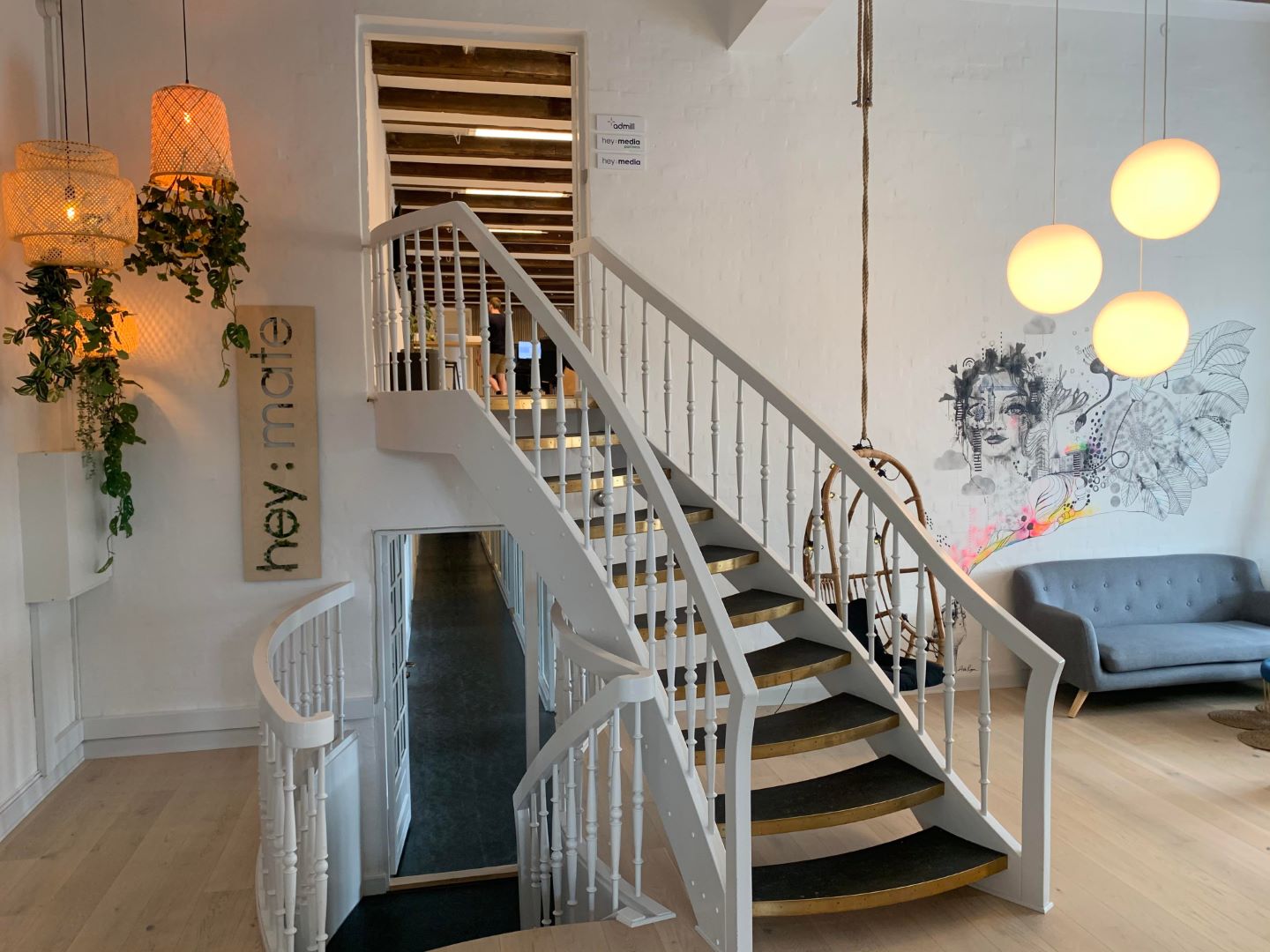 With the sale of Handyhand, the Aarhus-based company Heymate completes its third sale in less than a year. The recipe is simple but effective: the many companies in the portfolio are run independently by their own directors, so they can grow wildly – without becoming big and sluggish.

The startup Pinploy has just bought the competing marketplace Handyhand, and with the merger they become together Denmark’s supreme marketplace for tasks between private individuals. Heymate, the company behind Handyhand, joins the ownership of the new company with the deal, and according to Heymate founder Christoffer Hübertz, it’s a perfect match:

“Pinploy has a strong business model and a strong team that has delivered strong results. We therefore see it as a very strong match in that with the merger we are adding the traffic and branding from Handyhand, which we have developed over the past four years to be by far Denmark’s largest service. Both Pinploy and Handyhand have been on an impressive growth journey and we look forward to helping accelerate the growth further,” he says

Read also: Pinploy: “It’s about unlocking the potential that we each walk around with”

Particularly sensational is that the sale is the third in just 10 months for Heymate, which has only been building businesses for four years: in October it sold travel platform Spain-Holiday to German giant Holidu; in December it sold marketing agency Heymedia to Obsidian; and now the sale of Handyhand to Pinploy has been completed.

When Heymate opened its Aarhus-based enterprise factory in 2018, it incorporated a wide range of businesses, websites and apps into its portfolio from the start. Indeed, co-founder Kenneth Andersen, who previously built Bilbasen for 16 years, had the opportunity to take over 45 sites, 6 apps and associated employees from Nordjyske Medier (including Bazoom galleries such as BilGalleri and HesteGalleri, Admill, Handyhand and a number of car services). This became the starting point for Heymate, which was founded together with Christoffer Hübertz.

Since then, turnover across the companies has grown from DKK 10 million to almost DKK 200 million. The number of employees has increased from 8 to 250. But with fewer employees in the parent company – because it is crucial for Heymate that the companies stand on their own feet and are run decentrally by a dedicated director.

“When someone from the outside asks: What has made Heymate so big, the key is that it must not become corporate. We grow wildly without getting big. Because we come from big corporate backgrounds ourselves, and we’ve seen how inventiveness and spirit get killed because things move slowly. We don’t need long processes and middle managers, we just need to get out there,” says Christoffer Hübertz.

All Heymate businesses are now represented under one roof at the Aarhus office. Here, the company factory’s finest task is to help the companies with all the practicalities, such as accounting, rent and lunch arrangements. At the same time, they support the companies financially if money is needed for growth. But beyond that, they only get involved at a strategic level, leaving the employee directors to drive growth.

Most companies at the factory are created from internal ideas – either from scratch or as an extension of existing companies. And to make sure it doesn’t bring big, heavy companies with it during the growth phase, Heymate is constantly spinning off new ideas into independent companies.

“As soon as something can stand on its own financially, it goes into its own company. Then we find a director who can buy a few percent of the business, so the director also has his hands on the hotplate. That way it grows much faster than if it was all a small part of the whole Heymate,” says Christoffer Hübertz.

Media agency Heymedia is a good example of how the company factory philosophy works in practice. The agency was founded by Heymate with a focus on online marketing. A dedicated director bought in shortly after its launch. And along the way, a link-building business was added, which was pulled out into its own company instead of being a subdivision of Heymedia.

Early sales are not a weakness

From the start, the plan for Heymate has been to set up new companies, grow them to a good place and sell them. So the companies need to grow further with the newer owners – but doesn’t that mean Heymate is selling too early? Christoffer Hübertz doesn’t see it that way.

“What turns us on, and what we’re good at, is creating things. We get things started, but when we find a good director, it’s his shop, even if we’re co-owners. Then we don’t have to stand in the way of anything, and when they feel they need other partners, that’s cool with us,” he says.

Heymate is good at the start-up phase, but selling the relatively young growth companies also requires self-discovery: at some point, the companies will benefit more from moving on to other owners, because Heymate isn’t the best at everything.

“We’re good at startup go scaleup, but when it gets big and comes to operations, there are others who are better. That’s really been evident in the sale of Heymedia: we were insanely good at founding the agency and getting clients and good people on board. But we weren’t world-beaters at running an agency, so it made insane sense to bring Obsidian in. And today we can see that it was good that we sold, because they’ve just grown the business insanely since then. And that’s because we’ve brought in some other good people,” says Christoffer Hübertz.

Heymate is headquartered in Aarhus, but also has offices in Copenhagen, Miami, Serbia and Malaga. And here the companies are together on a trip to Marbella.