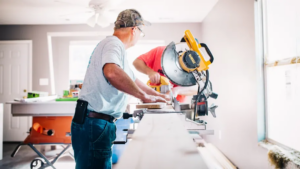 78,711 new companies are an increase of 7.1 percent compared to the previous record year 2020, according to statistics from the Swedish Companies Registration Office analysed by Visma Spcs.

– Every new start-up is important, as four out of five jobs are created in small and medium-sized enterprises. It is hopeful that even during the pandemic, Sweden will have new companies that create growth so that the recovery can be sustainable in the long term, says Boo Gunnarson, entrepreneurial expert at Visma Spcs.

A record number of new businesses were registered in 2021. A total of 78,711 companies were started in Sweden, which is an increase of 7.1 percent compared to 2020. Never before have so many new companies been registered in a single year, according to statistics from the Swedish Companies Registration Office, which date back to 1984.

– Thanks to digital tools, it has never been easier to start and run a business. Now, both Parliament and Sweden’s municipalities need to give start-ups the best possible conditions to develop and flourish so that they can employ more people,” says Boo Gunnarson.

Limited companies continue to be the dominant form of company. Among those who started new businesses in 2021, 80 per cent chose to start a limited company, a trend that has strengthened since the beginning of 2020 when the requirement for share capital from the start was lowered.

– Those who start a limited company often tend to invest more and longer in their business. It is gratifying that so many people are choosing this route when they turn their entrepreneurial dreams into reality,” says Boo Gunnarson.

In Sweden, there are around one million companies registered with the Swedish Companies Registration Office. The vast majority are small companies with up to nine employees. At the same time, a recent Sifo survey shows that as many as one in three Swedes, 32%, dream of starting their own business. Among younger people aged between 18 and 29, one in two, 51%, want to become self-employed.