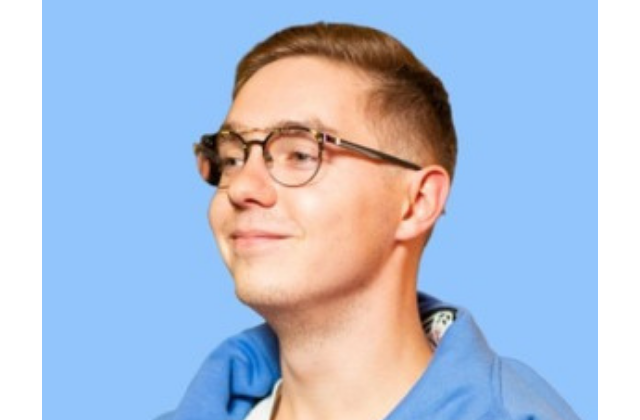 What is Serpstat? Facts & Figures

Serpstat is an all-in-one SEO platform that helps you analyze competition, research keywords, track rankings in search results, check backlinks and content quality, detect website issues with recommendations on how to fix them, and much more.

How do we help our employees in times of war?

In the beginning, almost all employees resigned, there was no idea what to do or how to continue working. Now some employees have left the country or moved to safer regions of Ukraine, so the work situation has stabilized.

Our main priority is to ensure the safety of workers. In the first days of the war, we helped them evacuate from Kiev, Kharkiv and other cities that came under fire to calmer regions.

Today, we are constantly monitoring the conditions of our employees and are always ready to help relocate those who will need it. We also constantly update our internal databases on volunteer centers abroad, apartments for rent in Ukraine and other countries. We organize local chats for our employees to exchange information if they are currently in one city or country.

In addition to physical security, it is important for us to provide financial stability to our employees. For example, we have started paying salaries in advance.

Since the beginning of the war, Serpstat team members have been evacuating their families to shelters, supporting the army, volunteering, joining the ranks of the defenders and waging an information war against fake news and Russian propaganda.

Here are some statements from our employees who have joined volunteer organizations or are defending Ukrainian territory:

The Ukrainian Voluntary Journalism Initiative (UVJI) researches, verifies facts and translates confirmed information from Ukraine and then delivers it directly to Western journalists.

In one week, UVJI posted 173 articles in U.S. media, worth $4.5 million, reaching more than 200 million Americans.

This does not include television coverage. More than 10 of them have already appeared on Newsmax, Fox News and the GB Breakfast show.

We sleep several hours a night, but everyone is motivated.

I know people who work in bomb shelters in Kharkiv, so I have no right to complain.

I coordinate the resistance and provide support. I am responsible for volunteer units and territorial defense in Kharkiv.

Our group processes and consolidates data from the civilian population, which is then used to refine coordinates for the precise operation of our line troops, artillery and aviation.

As we all see in the video reports of independent media, Russian soldiers are destroying peaceful towns and villages in Ukraine, indiscriminately killing the elderly, women, children and even newborns.

This is not humane, which is why every Ukrainian is doing everything to repel the attack of Russian terrorists and non-humans. I have seen elderly people throwing stones at tanks in an attempt to stop them as they pass by their homes.

So far our defenders have pushed back all the occupiers towards Kharkiv.

I deal with territorial defense in the suburbs of Kyiv. I’m standing at a roadblock in my hometown. According to my understanding of what’s going on, I was supposed to fly to Barcelona, but not to fight. Russia is a country of cowards and the fighters there are weak, just like the people! We will win and no one has any doubt about it!

I serve in the armed forces in Odessa, mobilized to join my comrades from the military unit I once served in.

We are currently reinforcing our positions and will do everything to prevent the Russians from breaking through. We are also catching saboteurs

I am very proud of our people because we have managed to unite against the enemy, stand up for each other, everyone helps each other, we have become one nation.

We will remove evil from our land. There is no pity in us, there is only anger.

The support of other countries is very important. Now everyone has finally seen what has been happening in Ukraine for the last eight years.

How angry did the world have to be for people from other affected countries to come to us to avenge the completely unpunished murder of their people on their own soil so that it would not be repeated in other countries?

Many Serpstat employees are in Ukraine, hiding in bomb shelters. Serpstat could not continue to help Russian companies grow, knowing that taxes on the companies would fund war crimes in Ukraine. Therefore, Serpstat became one of the first Ukrainian SaaS to block accounts of Russian users, disregarding the economic consequences.

“We are against war and any aggression. Therefore, we stop cooperation with users from Russia indefinitely – until the conflict is resolved.

If you are from Russia and have a Serpstat pricing plan, your account will be blocked until the war is over. The plan fee will not be refunded.”

How we are adapting the product so users are not harmed

Although many of our employees have been forced to leave their homes in search of a safe place, our service remains stable under all circumstances to guarantee access to data for our customers. We are continually working on updates to the service and developing new tools and features. “Stay calm and keep improving Serpstat.

In terms of product development, we have made some changes to the team’s work:

The war affected our guys’ work schedule; we did it for free; it was only mandatory to attend team rallies at certain times. The guys worked in shelters during frequent alarms, some were not able to evacuate and continue to work selflessly in occupied cities where there is still access to the Internet.

We removed some of the internal communication within the product team that was complicating the decision-making chain. Now everyone can make decisions as autonomously as possible so that they are not dependent on others. No one waits for anything from anyone. If they have to wait, they make the decision themselves.

How the product development strategy has changed

We discarded all tasks that would bring us results in the long run. We are now focusing on tasks that should bring results now. We are implementing and testing our product hypotheses faster and providing maximum benefits to users.

The war has significantly altered the plans of our R&D department, especially in its early days.

From the beginning of the hostilities, we made the company’s position clear: not to cooperate with Russian users, not to help a company that finances invading armed forces from its taxes. We blocked all users from Russia, they were getting a page with the words “direction of the Russian warship”. Literally a day later a DDoS came at us, we had to focus all our energy on repelling the attack and removing bottlenecks.

An unexpected “discovery” for us was the loss of connectivity in the Ukrainian and Russian segments of the Internet. Many sites were inaccessible for various reasons, including damaged communication channels, destroyed data centers or DDoS attacks. As a matter of urgency, we had to change the work schedules of our crawlers – we are currently temporarily unable to collect data from domains on servers located in Ukraine and Russia.

Nevertheless, the storm of urgent and immediate tasks has passed, and it’s time to adjust plans to the new development. We decided to focus our efforts on small features that will be visible to users and can bring results in a short time.

For example, we recently released a major update: “Keywords Trends” – a tool that allows you to collect popular topics as they appear in your region, which is especially important for news creators and content writers. For example, we used it for our study of how trends in different countries have changed since the start of the war in Ukraine.

But now the 40th day of the war has passed. Gradually, the pace of development is returning to normal. Although some programmers have left for ZSU/TRO, the rest have transferred their responsibilities and are working with redoubled strength. And we all believe that every line of code written, every new functionality will bring us imminent victory.

How our company helps Ukrainian companies

During the first month we lost about 50-60% of profits, but it’s hard to predict what will be the results in the future. In any case – the product works. We know how important it is to survive a difficult period for employees and their families, for the country’s economy, to be able to contribute to the victory and rebuild the country after the victory.

We have lost a significant amount of profits from customers in Ukraine, but some of them are already back to work. We have upcoming plans to launch a support program for customers in Ukraine to help keep the business going. If you want to support our team or country, here’s what you can do.

“There is a lot of work ahead of us after the victory: rebuilding the country’s economy. Serpstat has always helped companies in Ukraine to grow, to gain new markets and customers. Therefore, now we feel responsible for the Ukrainian economy and do everything we can to provide stable data to our customers and pay taxes to the state, and on the other hand become the basis for supporting other companies in Ukraine. I plan to organize a series of lectures for Ukrainians or launch a training course to help develop business through search engines.”

Daria Ahieieva is the Outbound and Inbound editor at Serpstat. Daria works with influencers, blogs and media in the SEO industry. As an experienced content creator, Daria works with all possible content formats: from interviews and case studies to analytical studies based on Serpstat data.