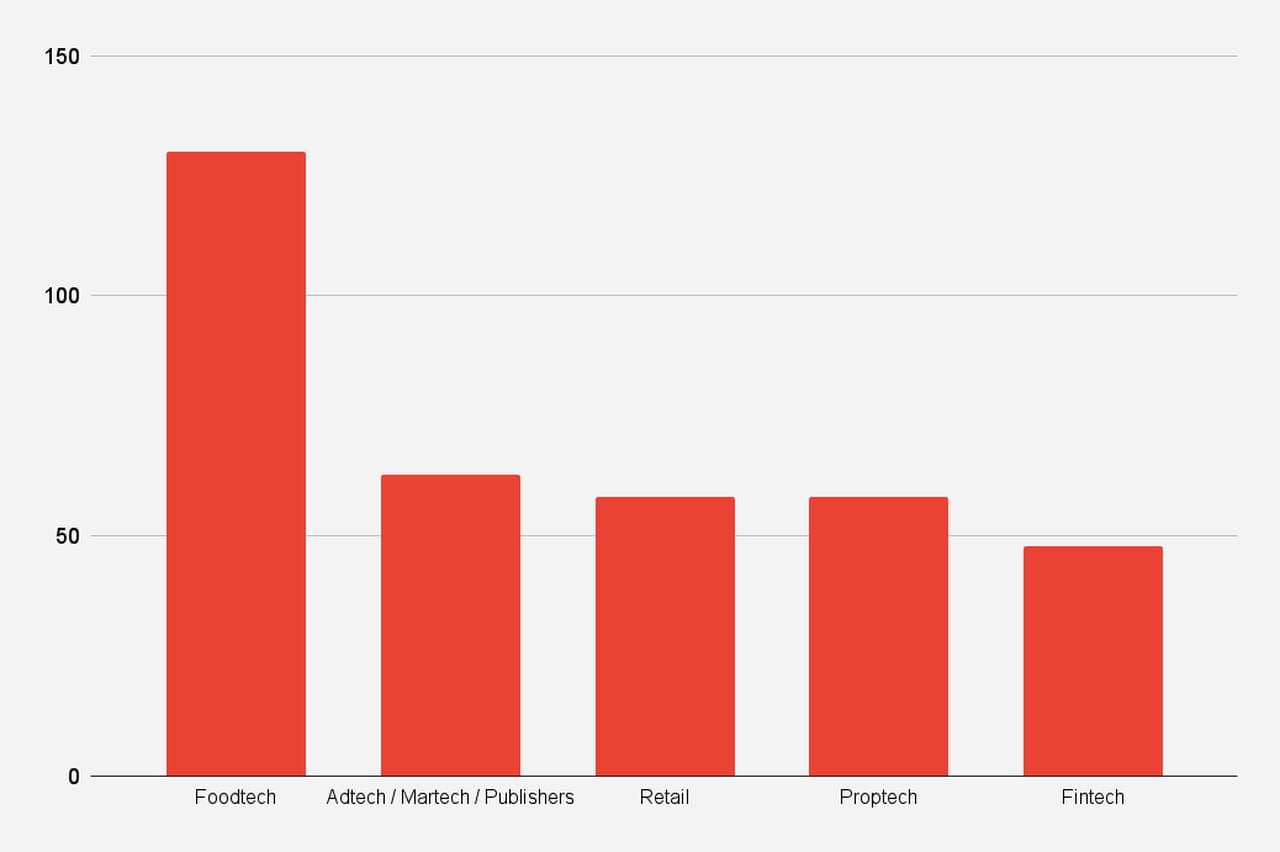 The astronomical amounts raised at the beginning of the year have been replaced by less spectacular rounds of financing. In April 2022, French start-ups raised €591 million through 65 deals, two of which exceeded €50 million. For comparison, this is 59% less than the previous month: in March, French Tech startups had raised €1.4 billion.

In detail, foodtech attracted the most investors with €130 million raised over the past month. This sector of activity recorded three rounds of financing and took first place in our barometer, mainly thanks to the mega-raising of Choco (102 million). The adtech/martech/publishers sector follows, raising €62.7 million in 5 deals. Retail and proptech each raised €58 million and tied for last place.

April 2022, a foodtech start-up completed the largest transaction. Choco announced on April 12 that it had raised €102 million from G-Suared and Insight Partners, propelling it to unicorn status. The Franco-German startup is developing an application to simplify ordering and communication between restaurant owners and suppliers. Next came Sweep, which attracted Coatue, Balderton Capital, New Wave, La Famiglia and 2050, raising €66.5 million. This is the third round of financing in less than a year for the start-up, which deploys a SaaS solution for monitoring carbon emissions for companies. It had already raised €4.1 million in April 2021 and €19.5 million in December 2021. In third place, the start-up Reveal is raising €47 million for its Saas platform allowing BtoB companies to connect to unlock revenue from an ecosystem of partners.